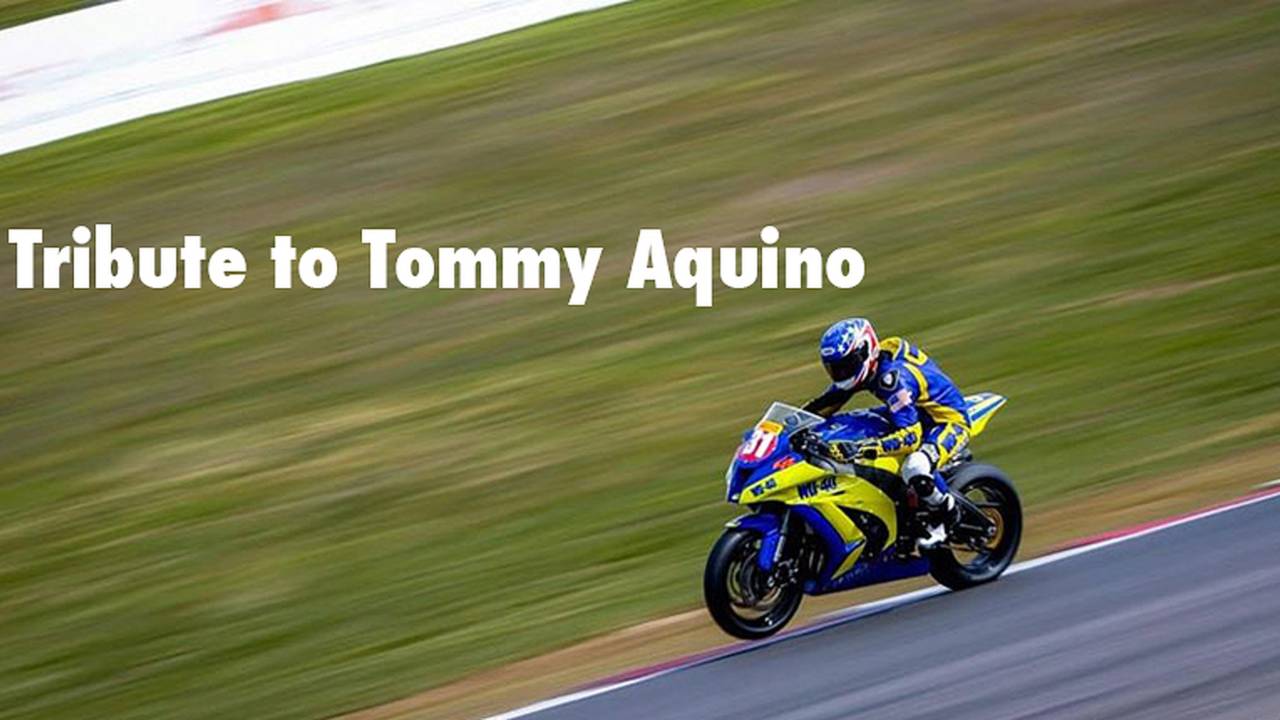 Former factory Yamaha rider Tommy Aquino, who died in an accident at Piru Ranch motocross track, will be remembered at a memorial service this weekend.

Former factory Yamaha rider Tommy Aquino, who died in an accident at Piru Ranch motocross track in California, will be remembered at a memorial service this weekend.

The hugely popular 21-year-old, who more recently raced in the British Superstock series, was fatally injured in a head-on collision involving two motorcycles at the circuit on February 2, 2014. Another rider was also seriously hurt in the incident and was airlifted to hospital.

Aquino began his career in the AMA Pro Road Racing series in 2008. He raced in five AMA Pro seasons, taking five pole positions and one win with the Yes/Graves Motorsport Yamaha team in 2011 and finished third overall that year in the Daytona SportBike class.

Last year, Aquino rode for Team WD-40 in the 1000cc Superstock Class of the British Superbike Championship series.  He won one race, finished on the podium three times and was seventh overall at the end of the season.

To mark Aquino’s short but spectacular career this video tribute has been specially produced to a highlight the life of this popular young man who loved to race motorcycles.