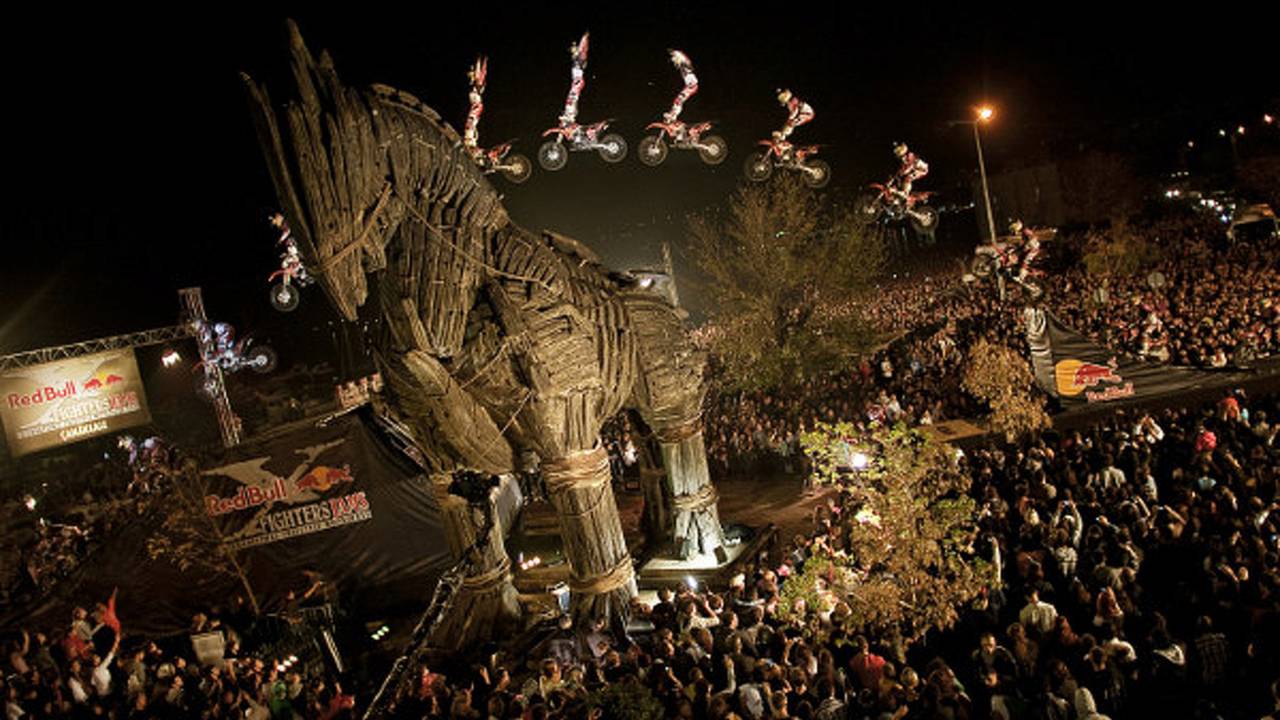 Red Bull X-Fighter Jams: more cities, more ridersNot only does Red Bull produce energy drinks, they also sponsor all sorts of racing. One of those is...

Not only does Red Bull produce energy drinks, they also sponsor all sorts of racing. One of those is the Red Bull X-Fighters World Tour, a freestyle motocross event that features some of the best riders on the planet and its held in major cities. Now, with X-Fighters Jams, that series will be visiting some less-major cities around the world. .

Part of what makes X-Fighters so unique are the stunning promo stunt that take place before each event. In La Paz, Bolivia, Nick Franklin, Nick De Wit, and Martin Koren rode a bikes at over 2 miles above sea level. In Canakkale, Turkey there was another amazing stunt where riders jumped over a Trojan horse. The X-fighters event in Sri Lanka was the biggest spectator sport event ever in the country with 230,000 spectators.

Now, with Jams, X-Fighters will be pushing local talent in smaller venues in more out-of-the-way places. Look for more stunts like these this year.