Custom: DSC Norton DominatorHere's the latest bike from everyone's favorite fine artist masquerading as a custom paint shop. Based on a 1959 Norton...

Here's the latest bike from everyone's favorite fine artist masquerading as a custom paint shop. Based on a 1959 Norton Dominator, Death Spray Custom applied a polka dot and ribbon paint job that isn't exactly...common on a classic bike.

The bike was created to serve in this installment of a series of short films called the DSC Formula. 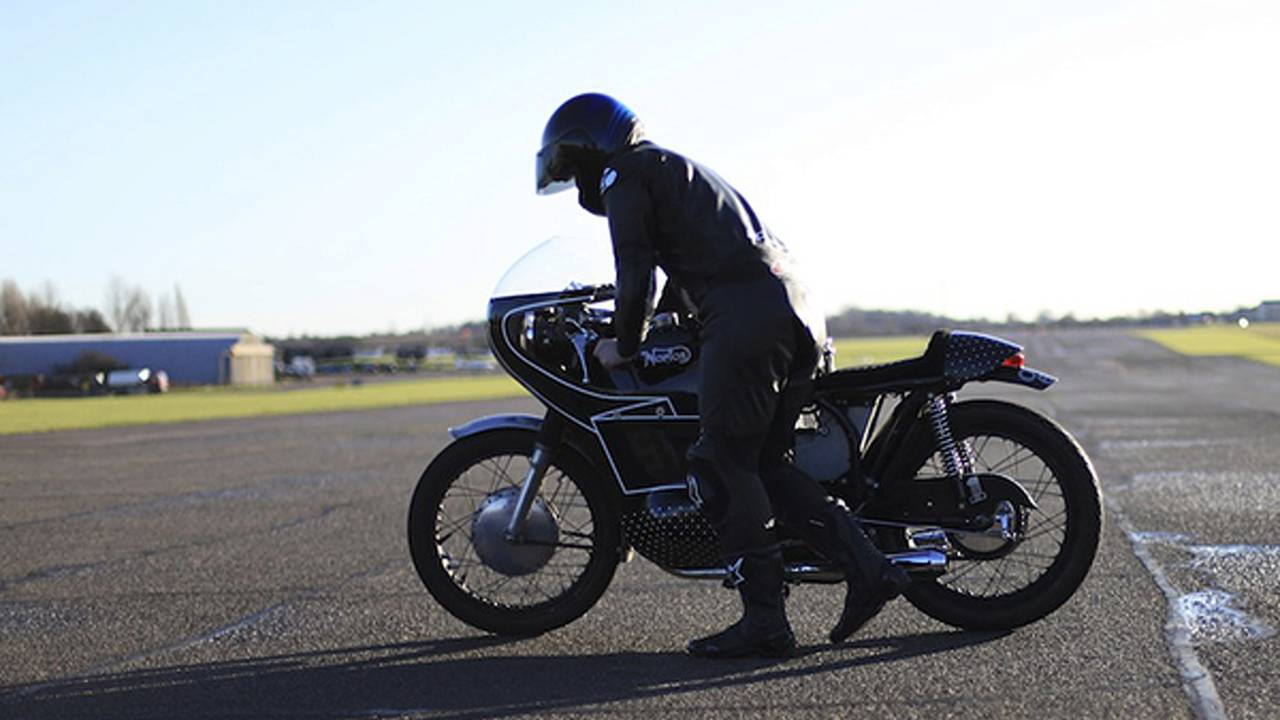 "It's a 1959 Norton Dominator 99, 600cc," David told us via email this morning. "Chassis is mainly stock, apart from rear sets, an aluminium race tank and manx seat unit and central oil tank. The fairing is a tweeked out Honda CR750 Daytona narrowed and trimmed to fit."

"It was painted for the DSC Formula video series, so I wanted something very simple and graphic and un-Norton like. Also, something that is not normally associated with classic bikes; polka dots and a ribbon flourish. Classic bikes with black wheels is pretty rare sight, they can make a motorcycle look incredibly purposeful."