Triumph Triple to Power Moto2 in 2019

Moto2 to get three cylinders thanks to a partnership between Triumph and Dorna, the commercial rights holder of MotoGP.

Triumph has signed a three-year contract to supply race-tuned 765cc engines for Moto2 racing, the first change in drivetrains since the middleweight Grand Prix series started up in 2010 with 4-cylinder 600cc Honda mills. The new engine reportedly pumps out 133 horsepower and should scoot along at a respectable clip.

“This is a significant moment for Triumph that brings an exciting new chapter to our 110-year racing history and builds on our celebrated TT and Supersport race-winning triple engines,” said Paul Stroud, Triumph’s chief commercial officer. “We look forward to a long and thrilling relationship with Dorna and the Moto2 teams, riders, and fans.” 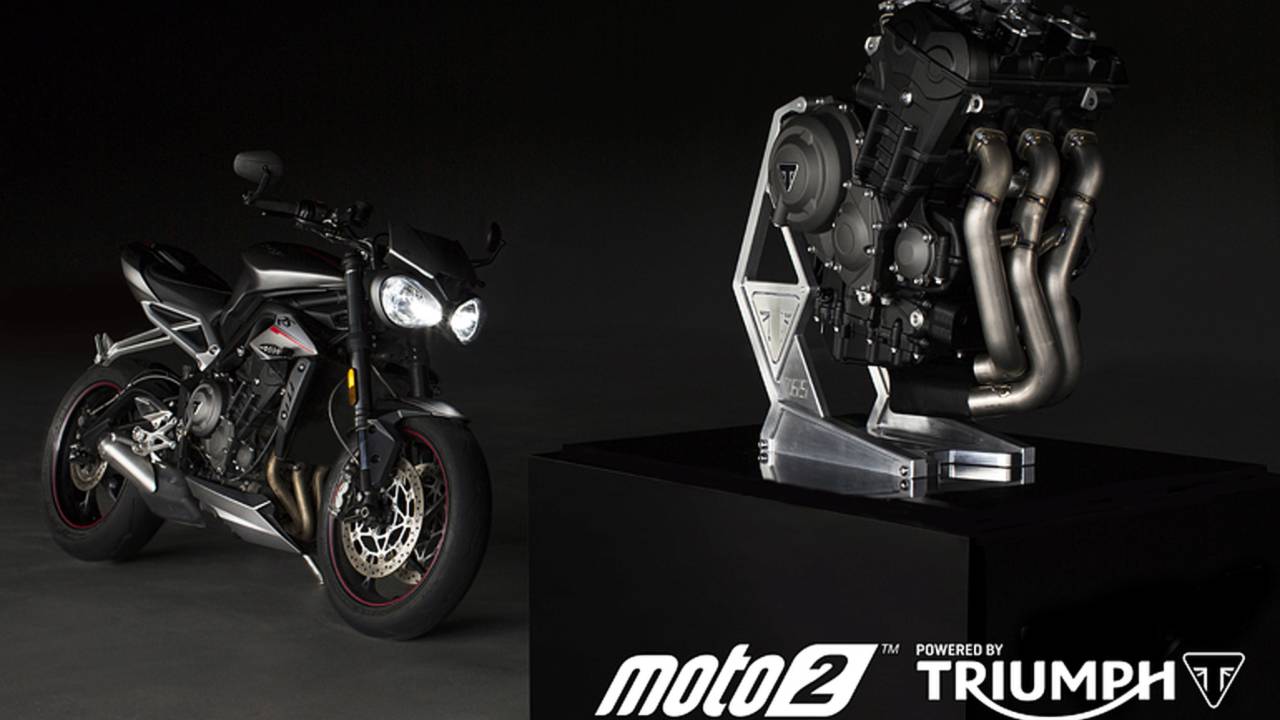 The race spec Triumph 765cc Moto2 engine – based on the powerplant from the 2017 Triumph Street Triple RS – was modified to allow the engine to breathe more freely and rev harder than the production bike, increasing overall performance. Other changes have been made specifically to adapt the engine for race use include:

• Specific race ECU; which will be developed with Magneti Marelli

The engine is a significant development of the race-winning Daytona 675R engine that has powered Supersport wins at the Isle of Man TT, Daytona 200 and British Supersport Championships in 2014 and 2015.

Since Moto2 is a spec class, close racing is ensured by the restriction on engine modifications. This means that any opportunities for competitive advantage fall to frame builders and suspension tuners. Triumph built its own chassis for engine testing, which was conducted last week in Spain by Julian Simon. However, the company will not enter a factory bike in Moto2 since it was designed as a privateer category and training ground for prospective MotoGP riders. Triumph will be providing racing engines to chassis builders later this year so that development and testing can begin well in advance of the 2019 season.