Ducati announced a new 821 Monster and it's looking pretty good.

25th Anniversary for the iconic naked Italian is celebrated in the form of upcoming 821 model for 2018.

Is the Ducati Monster the sexiest bike currently in production? If not, it's certainly in the running. Its clean lines, trellis frame, and aggressive styling are to die for, and make it look like its moving a hundred miles an hour just sitting still. It's also one of the most popular bikes to come out of Italy. In the last quarter-century since the debut of the M900, Ducati has sold well over a quarter-million Monsters. Not too shabby, Ducati, not too shabby at all. Now, for the bike's twenty-fifth anniversary, Ducati has introduced an updated 821 Monster for the 2018 model-year. 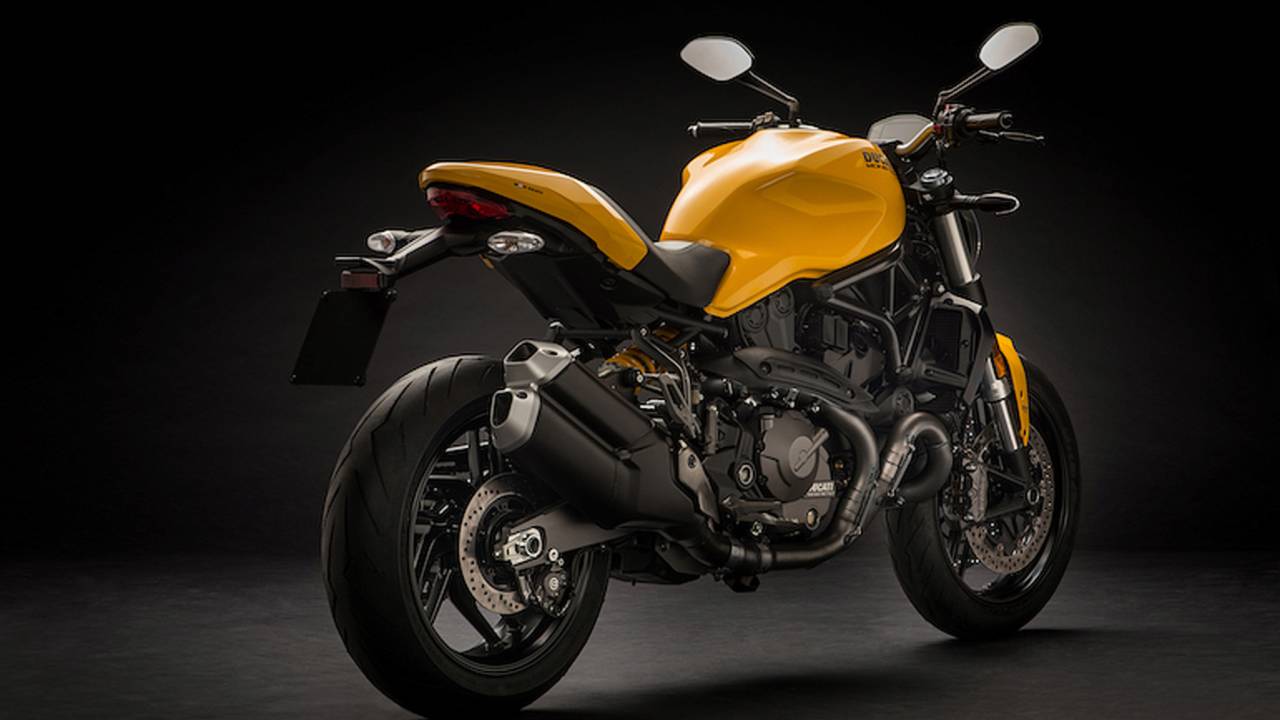 So, what do you get when you slap down your lira your new 821 Monster? Quite a lot, actually. The 2018 821 gets a newly-designed silencer and separate passenger and rider pegs instead of the bulky single-piece units that previous models were fitted with. The tank sports an old-school ski-boot-style clasp – a blatant yet cool homage to the original M900 – and there’s also a convenient underseat USB charging port. The liquid-cooled Testastretta 11-degree engine still makes a cool (claimed) 109-horsepower (at 9,250rpm) and 63.4ft-lbs of torque (at 7,750rpm), and retains the impressive 18,000-mile valve-check intervals from last year’s model. The new 821 also comes equipped with Ducati’s trick Safety Pack, a trio comprised of three-level Bosch ABS, eight-level Ducati traction-control, and three pre-programmed riding modes. The machine is made even safer thanks to its Brembo brakes, with dual 320mm discs and M4-32 monobloc radial calipers up front and an inverted, 43mm fork to help carve up corners.

As for the rest of it, the 2018 Monster 821 is still very much the same beast it's always been. It seems that Ducati made tweaks and changes to bolster performance without losing the unique characteristics that define the iconic naked. The company also threw in some trick components that have previously been reserved for the larger-displaced, higher-end Monster models such as a full-color TFT display with gear-indicator and fuel-gauge. The newest Monster may look a lot like last year’s, but side-by-side shots make the differences more easily distinguishable. The tank, tail-section, and headlight unit - which along with the distinct frame give the bike its look - have been reworked, resulting in a sleeker, more streamlined design. 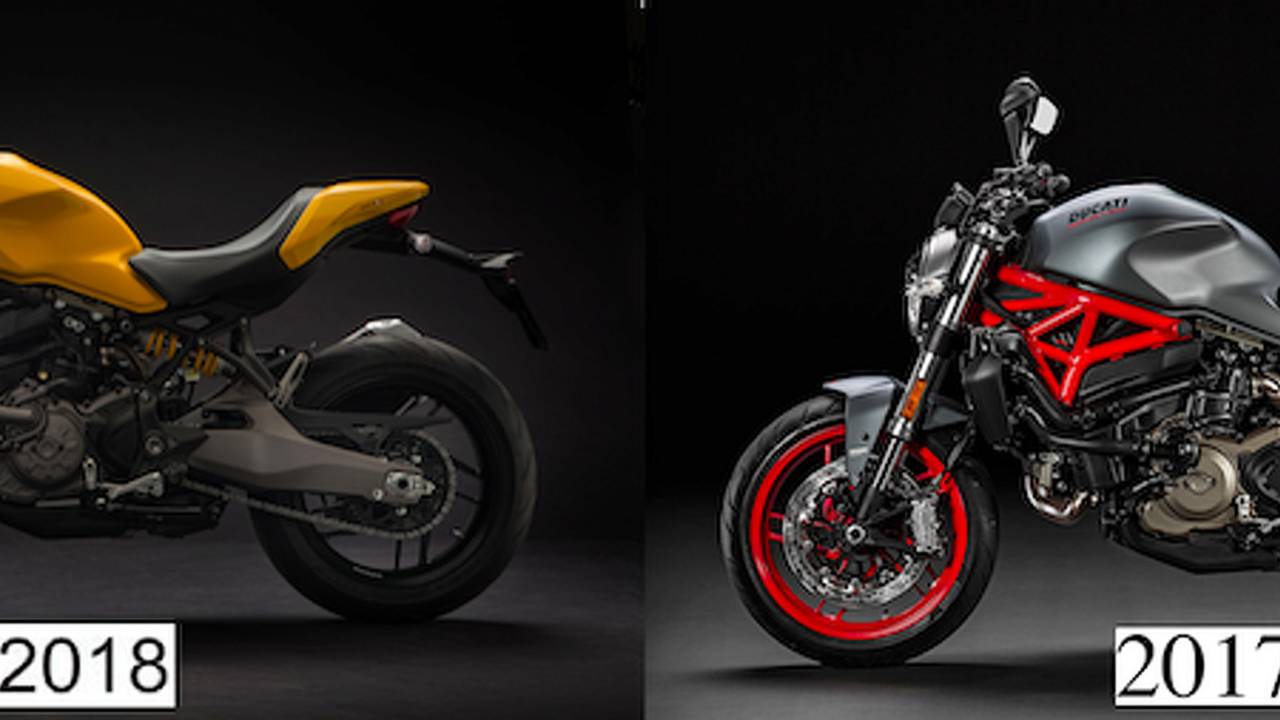 At the end of the day, every manufacturer’s goal when releasing a new version of a previously existing model is to update it enough to justify calling it a new model. It’s hard to argue that Ducati hasn’t produced a noticeably more refined version of its classic naked with the new 821. 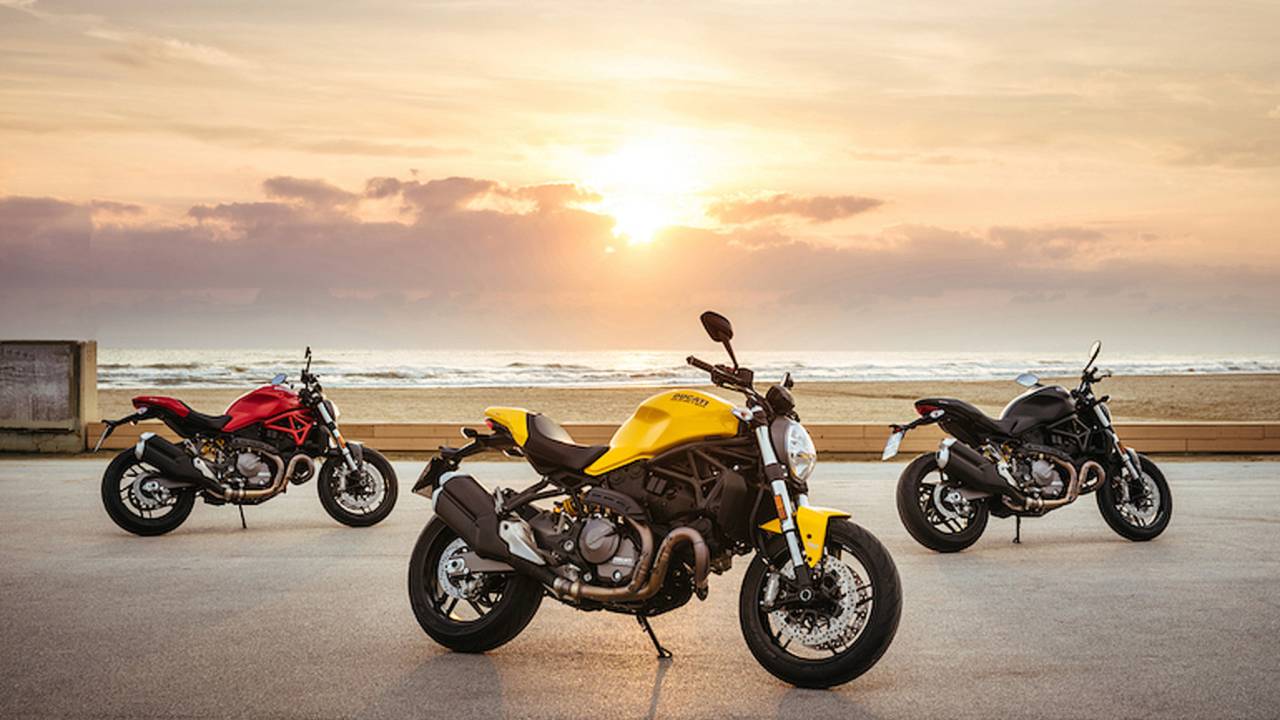