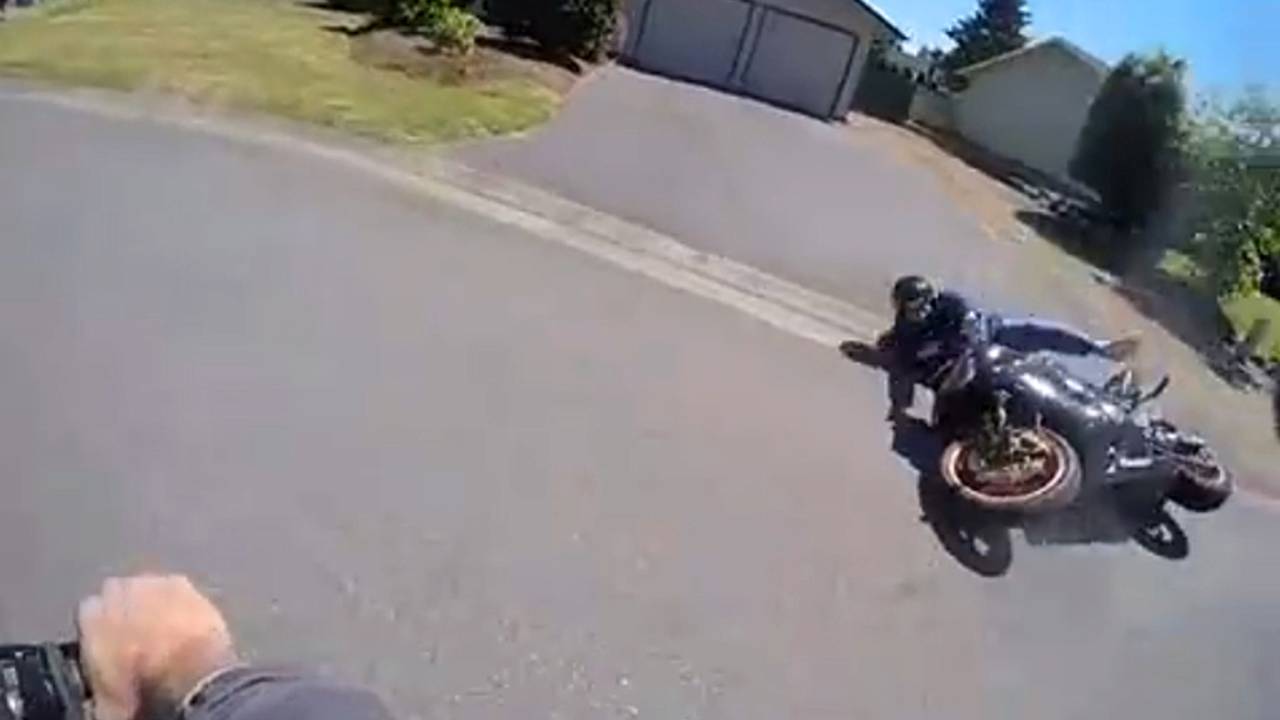 Watch Rider Take out a Motorcycle Thief As he Tries to Flee Motorcycles are very easy to steal. I've heard many horror stories of someone pulling up...

Motorcycles are very easy to steal. I've heard many horror stories of someone pulling up to the local cafe, running in for a cup of coffee to only return to an empty parking spot moments later. Two guys and a truck can steal a motorcycle in less than 30 seconds—forget 60 seconds.

This guy watched as a thief rode off with his buddy's bike. So with a GoPro running, he hammered down and took off after him. Rather than politely coming to a stop and discussing the situation, he kicked the would-be robber off the bike. Although, by the looks of it, the thief was having a hard enough time riding off with his new prize anyway.