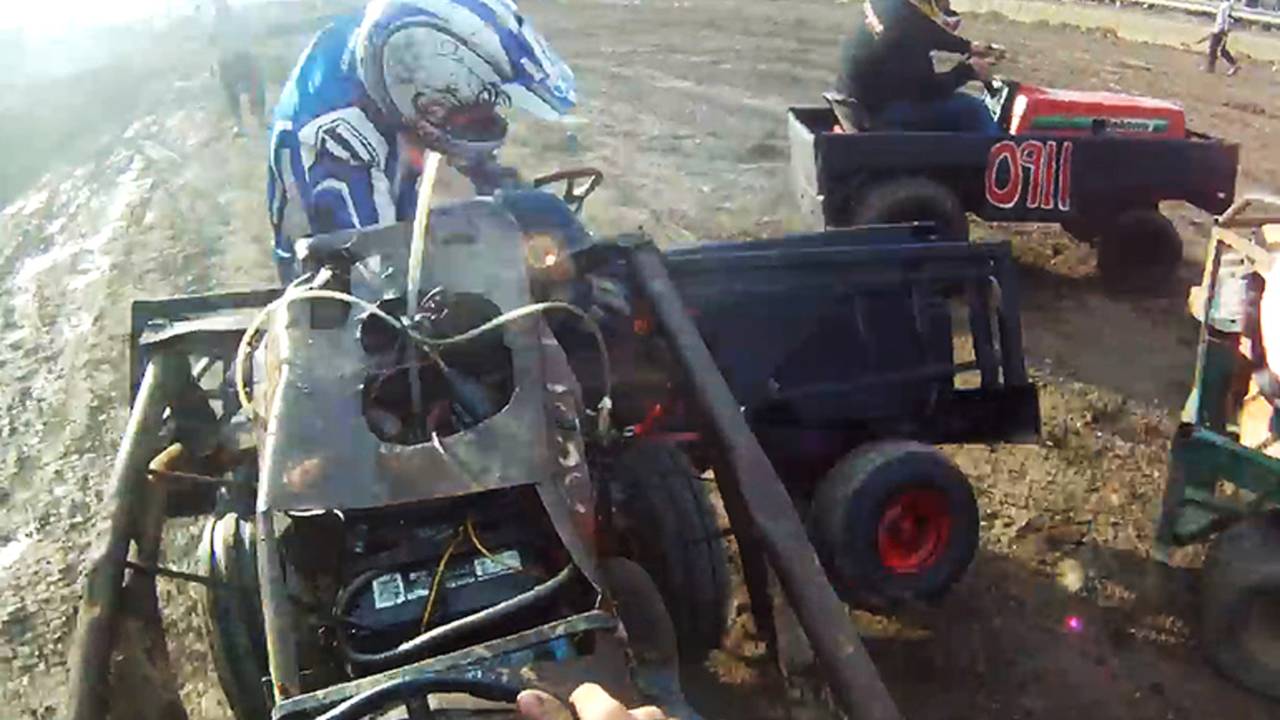 Lawn Mower Demolition Derby is the Most Terrifying Thing You'll See All Day Okay, no they're not motorcycles, but entertaining none the less. Watch...

Okay, no they're not motorcycles, but entertaining none the less. Watch as this guy—who's known for being the most hated lawnmower demolition derby rider (do you call them riders?—take out the entire field in four minutes.

Wait, let's back up. There's lawnmower demolition derby? That's a thing? As if real demolition derby isn't sketchy enough. The lawnmowers feature steel cages around the entire body, I guess, to keep the rider's feet and legs intact. Either way, it's still sketchy and you see most riders become disqualified when thrown over the side.

This is probably the closest you can get to a motorcycle derby, while still being practical… although, motorcycle derby is a thing too. I see so many dirt bikes I'd love to own. It's just a muddy, smoke-covered field with a dozen guys trying to kick start their bikes. What a terrible, terrible idea.