Ducati just released the first images of the 2015 Ducati Scrambler, set to be released tomorrow at the Intermot show.

Ducati will be unveiling the 2015 Ducati Scrambler at Intermot tomorrow, September 30th, 2014. To keep us waiting, they've teased us with some quick-cut gifs of images and a lead front shot on tumblr. 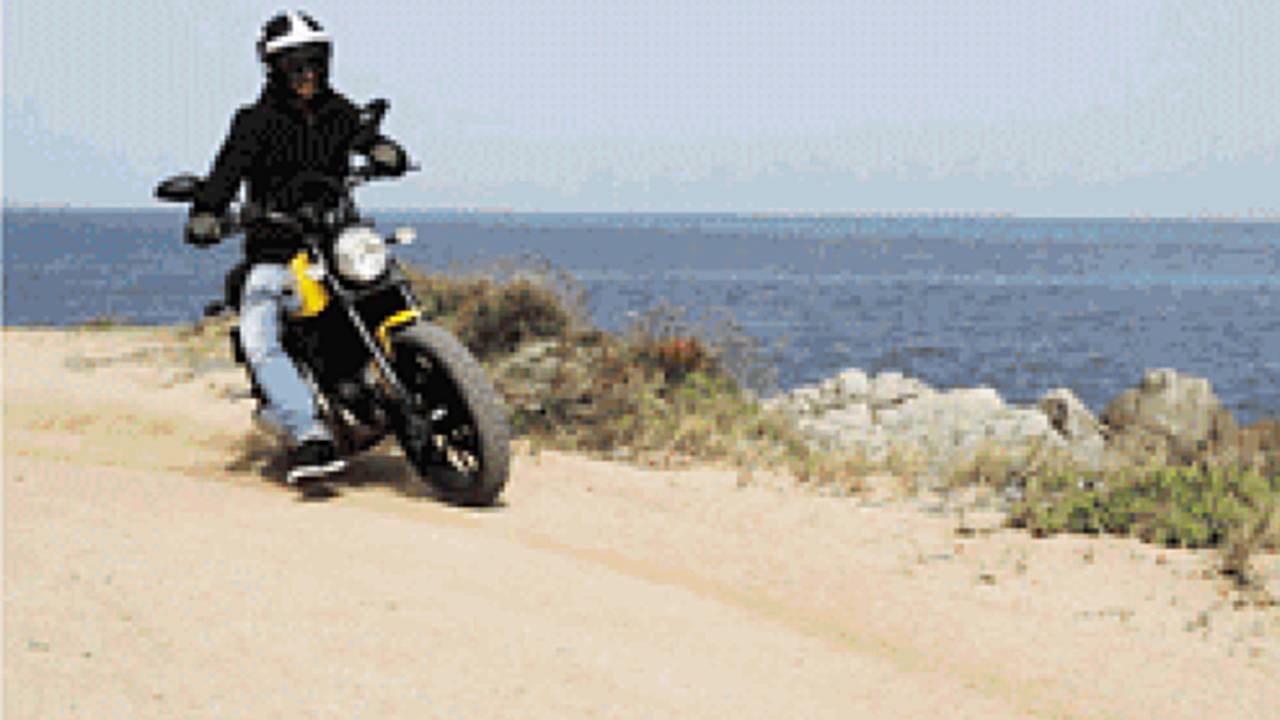 Little is known about the new model, but it looks like it'll be a V-twin (probably water-cooled) and compete against other bikes like the Moto Guzzi V7 or Triumph Bonneville… arguably it would be competition for the Indian Scout as well. A lightweight, fast, bare-bones, super fun bike that's in a high price bracket.

The Scrambler will be a retro-throwback to the '60s and '70s when simple bikes blurred the lines between dirt and street. Chrome insert on the tank, slant-mounted exposed rear shocks and no down tube, we can't wait to see it. Stay tuned tomorrow for our Intermot coverage all day.

According to Ducati, the bike was unveiled exclusively to its employees in June and will be sent to their dealerships in January, 2015. We aren't sure if that includes us Americans, but we certainly hope so.

born in 1962 from Scrambler Ducati on Vimeo. 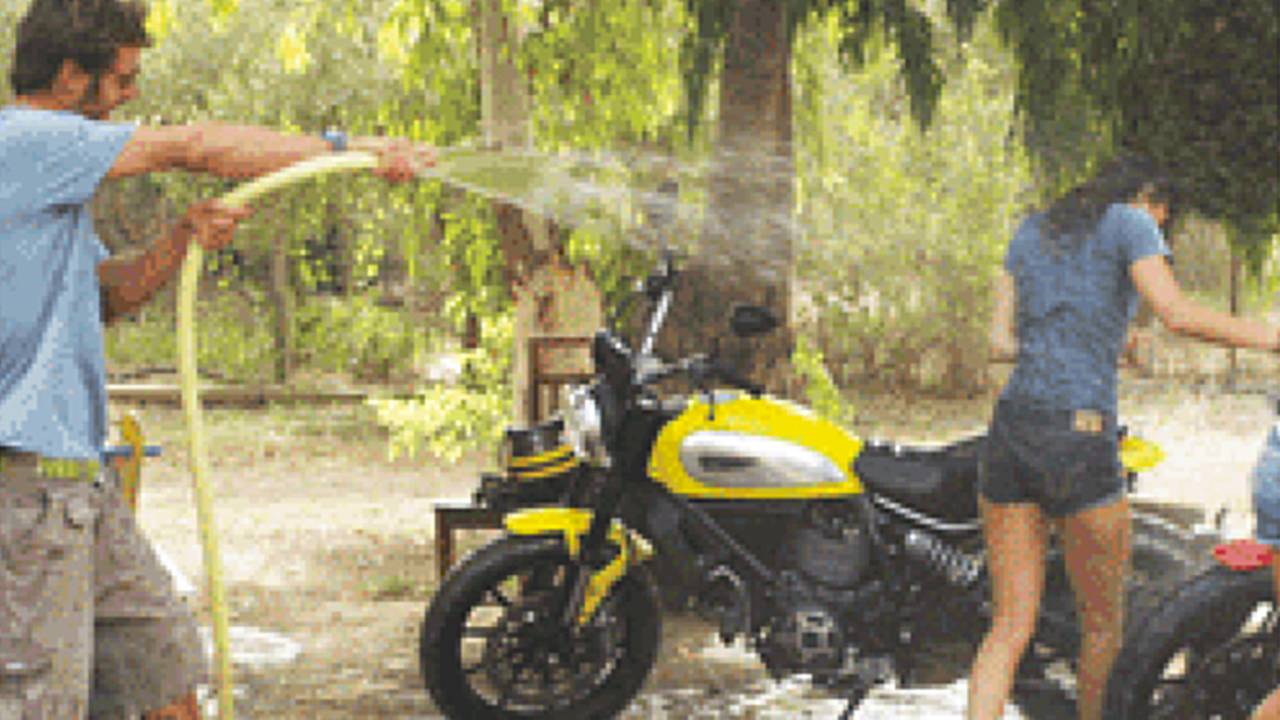 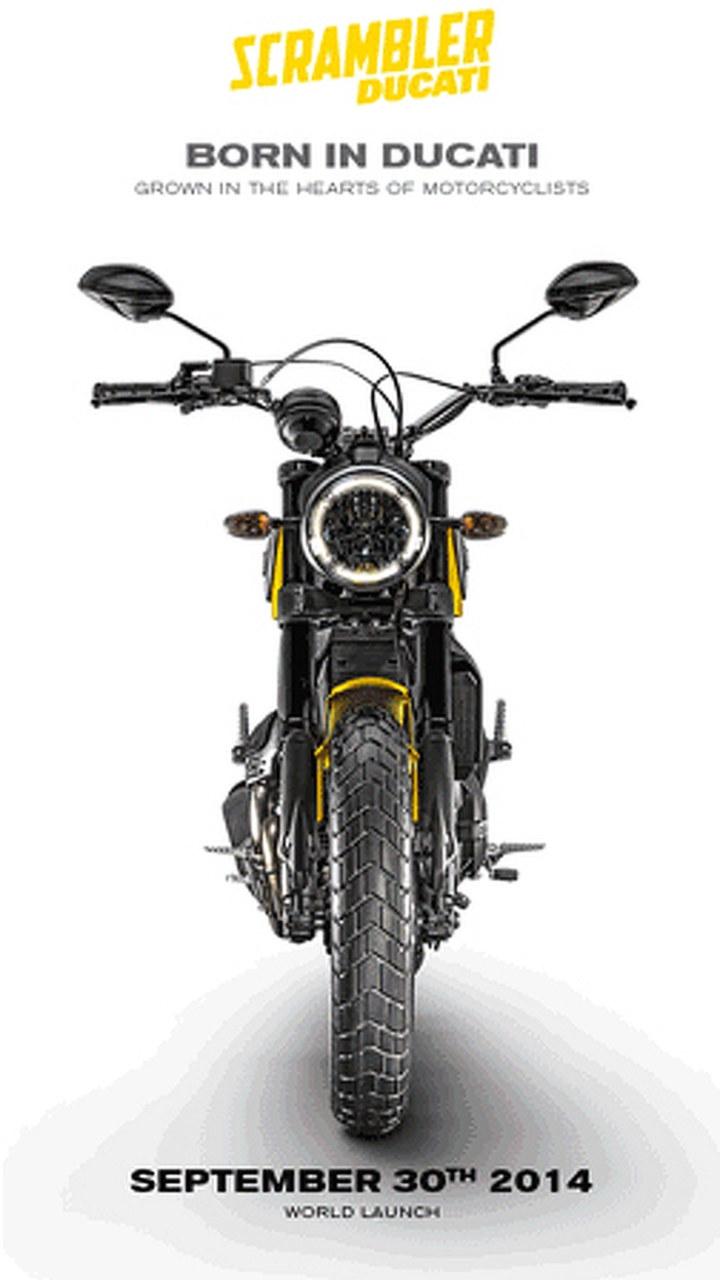