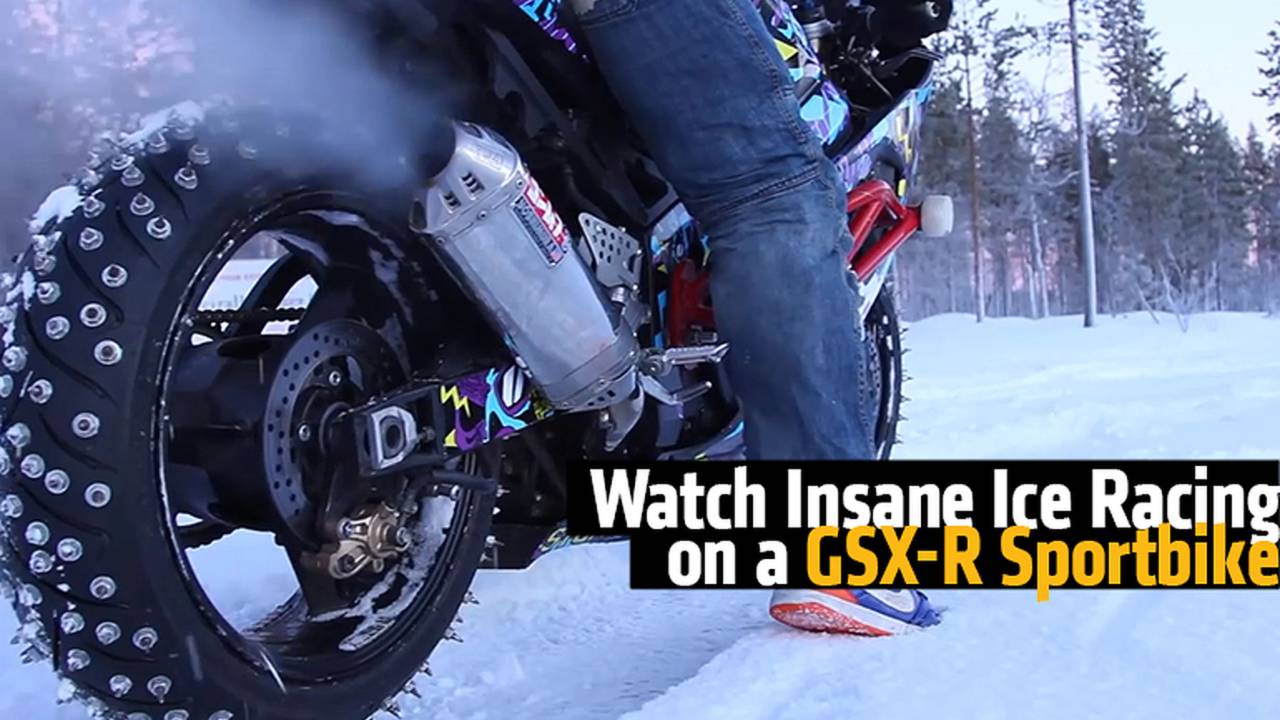 Watch as a Finnish stunt bike team takes to the snow with a dirt bike, GSX-R, and BMW rally car, for high speed antics.

Not exactly ice racing, more like ice stunting. Stunt Freaks Team and Arctic Film Crew, have recently been producing these stellar videos of their GSX-R stunt bike in places you wouldn't normally find a sportbike, like dirt roads and frozen lakes. Out fitted with all the typical stunt-stuff like thrashed fairings and crash bars, they merely added a pair of insanely studded snow tires, which actually create a good deal of traction. At least on the snow, you won't kill a set of tires in a day's worth of burnouts.

If you need a camera car why not make it a badass BMW rally car? The Suzuki is also accompanied by a snowmobile and dirt bike. No real rhyme or plot to the video, just a few guys tearing it up through the snow. Hopefully it'll give you some ideas for the upcoming winter.