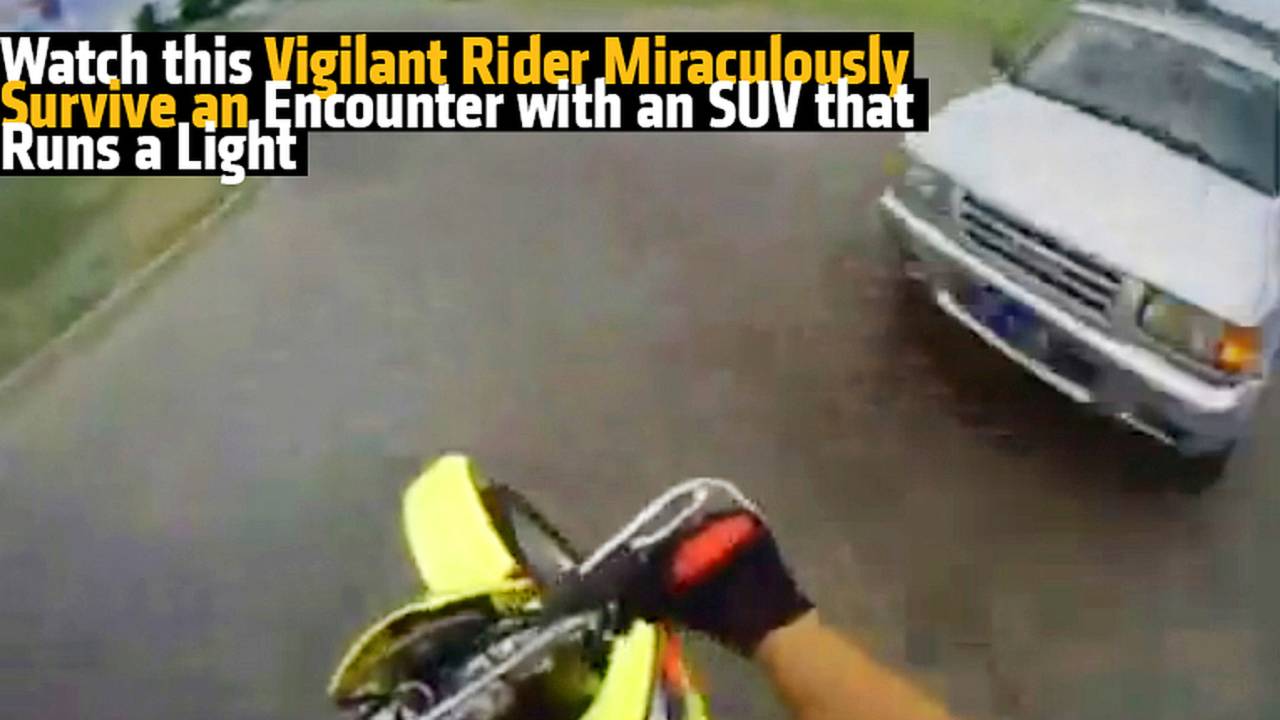 This rider has a near miss with an antsy SUV. Being vigilant can save lives. A little luck helps too. Watch this near miss motorcycle video.

Vigilant. It’s what we're told to be when terrorism is afoot—when the demise of the U.S. way of life is ever imminent. For motorcycle riders, being vigilant could mean life or death.

For drivers of those two-ton, four-wheeled behemoths, wafting through traffic as one applies makeup, takes a selfie and then posts it to SpaceBook, being vigilant of motorcycles is usually a forgone thought.

Try to watch this video—without having a minor coronar—as the SUV ignores a red light, pulls into the turning motorcycle’s path, and barely misses the rider. The rider sees the SUV rolling through and was likely thinking to himself, “Don’t do it, man. Don’t do it.” Not like saying that would magically jostle the driver awake.

The rider barely steers clear of the incoming SUV, but it sounds like the bike may have been clipped by the SUV…or was that the sound of the rider’s heart exploding from his chest?

This could have been tragic, but this near miss is an vital reminder of the importance of remaining vigilant while riding.

READ MORE:  11 Reasons Why You Don't Want A Literbike | RideApart