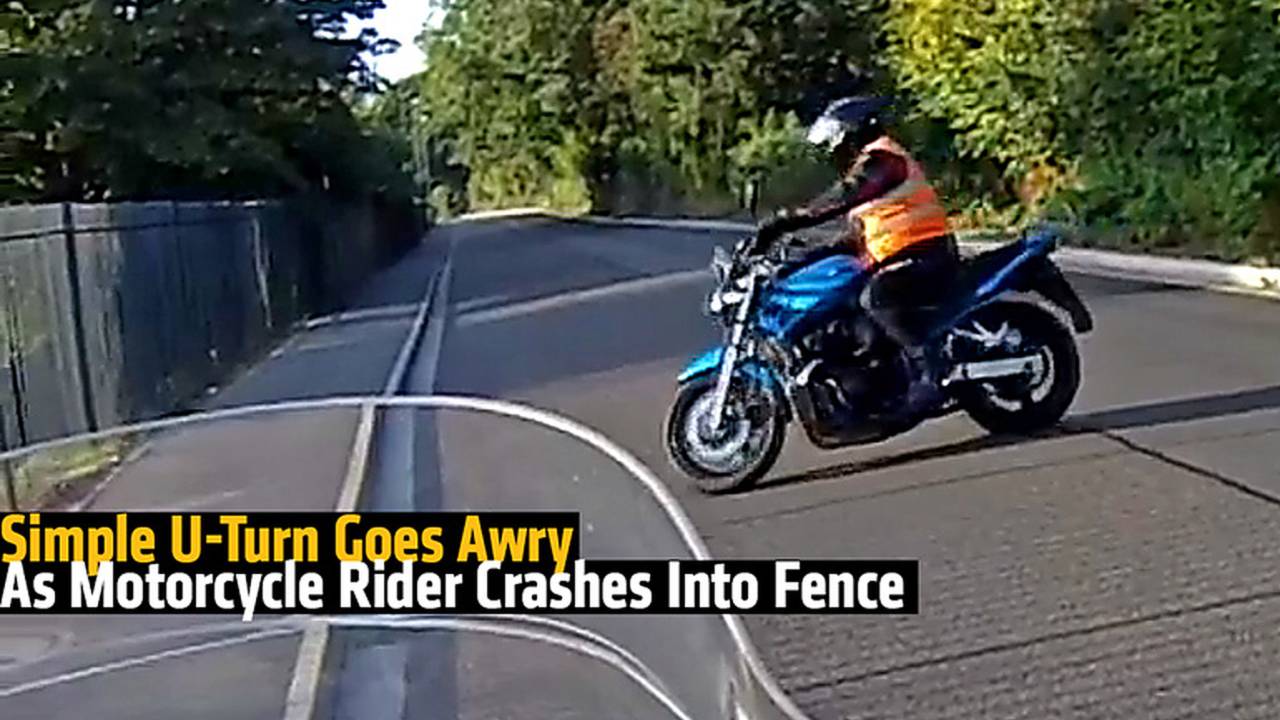 Simple U-Turn Goes Awry As Motorcycle Rider Crashes Into FenceThere are certain, often, easy things that we perform everyday in life. Like taking the...

There are certain, often, easy things that we perform everyday in life. Like taking the stairs for example, trivial, simple enough tasks, right? Unless old age or liquor-induced inebriation push us down, stairs are far from difficult. However, such tasks can prove complicated for no reason other than that they exist in our reality. Take the rider in the video for instance, who crashes into a fence after losing control of his bike while attempting to make a simple U-turn.

The poor gentleman, 10 embarrassing minutes before his test, according to the video description was practicing his third U-turn when things went awry. Almost completing the turn, it appears that the rider gunned the bike, launching it out of control and into the fence. Watching the video slowly, you can see the riders head crashes into the fence, saved by his ever-important helmet.

The video doesn’t inform us if he passed his test. We can only hope, he practiced his U-turns a bit more before going. While it is easy to laugh and chuckle for our bemusement, it proves that even the best of us can get pushed down a flight of stairs sometimes.

READ MORE:  Watch This Helmet Cam Collision of a Car Blowing a Red Light in the City | RideApart