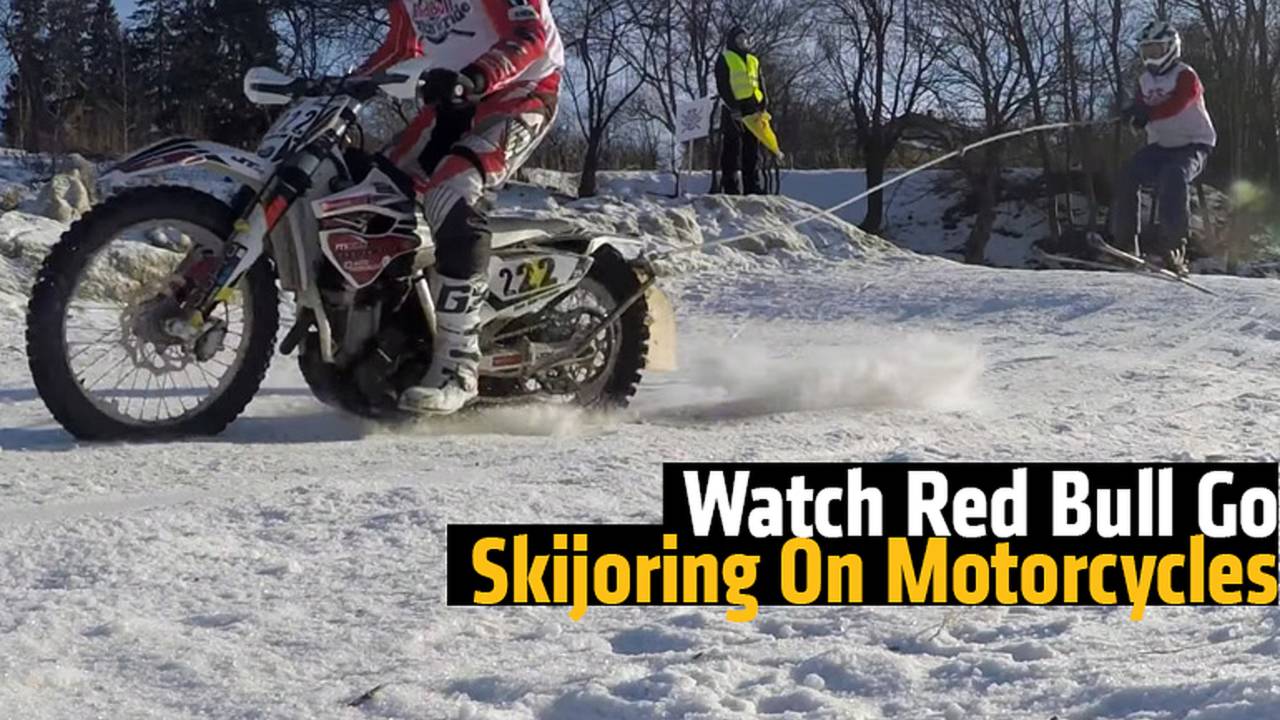 Only Red Bull would bring something like Skijoring to the limelight. What's Skijoring you say? Watch the video at RideApart to find out.

The venerable Wikipedia defines skijoring as a winter sport where a person on skis is pulled by a horse, a dog (or dogs) or a motor vehicle. Red Bull has been kind enough to give us a prime example of the awesome sport—and boy, do we want to see this in the next Olympics.

The video on Red Bull’s YouTube channel shows fanatical motorcycle racers pulling equally fanatical skiers behind them jumping jumps and apexing apexes. It looks like a cross between cross-country skiing and motocross. Who woulda thought, right?

While we don’t know what the people in the video are saying, it looks like nothing short of a hoot to do.

Watching the video reminds us of ice cross, where skiers race downhill on a walled track featuring sharp turns and drops. Exciting, yea? But the motorcycles of skijoring make it so much better. We can’t get enough. Is there a TV deal in the works Red Bull?