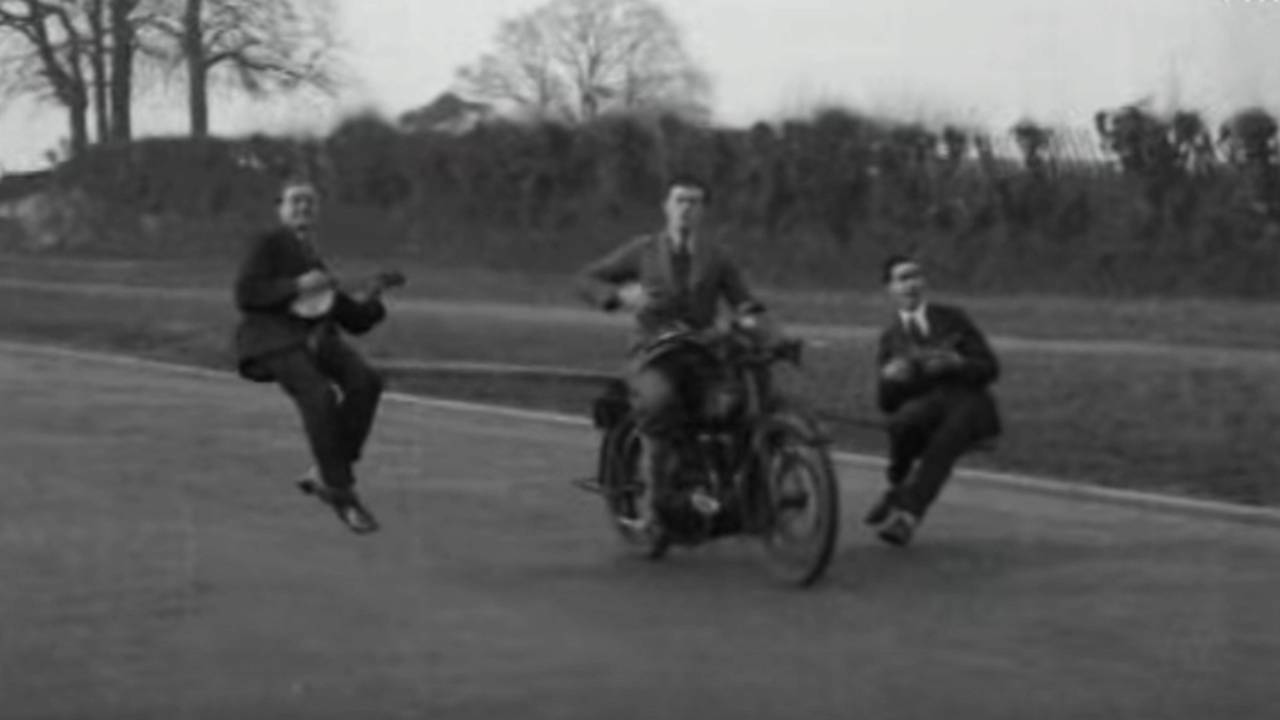 Film Vault: The Motorcycle BandThere's a glaring problem with this particular edition of Film Vault: no sound. Often that's not too great an issue...

There's a glaring problem with this particular edition of Film Vault: no sound.

Often that's not too great an issue with these videos from almost a century ago. Sound on film was an unreliable technology at best and newsreels of the day were skilled at telling a story with pictures and a handful of text cards.

But when you're talking about a group of guys who play musical instruments while riding motorcycles, you kind of want to be able to hear whether they were any good. After all, any ol' Tom, Dick, or Harriet can hold a trombone while riding; the question is whether said rider can also belt out a version of Drake's "Hotline Bling."

Admittedly, though, how these guys go about playing instruments on motorcycles is impressive. Plucking a ukulele while riding a motorcycle and having someone sit on your shoulders –– who is himself also furiously strumming a uke –– takes skill.

This film comes from 1920s Britain, so we'd be shocked if at least one of these chaps isn't called Archie. Equally, we'd expect them all to use phrases like "What ho!" and "old bean."

Our favorite scene in the video comes early on, when one of the chaps leapfrogs his way off the bike, cigarette between lips, then glances back with a smug look that is the 1920s equivalent of the "Deal With It" meme.