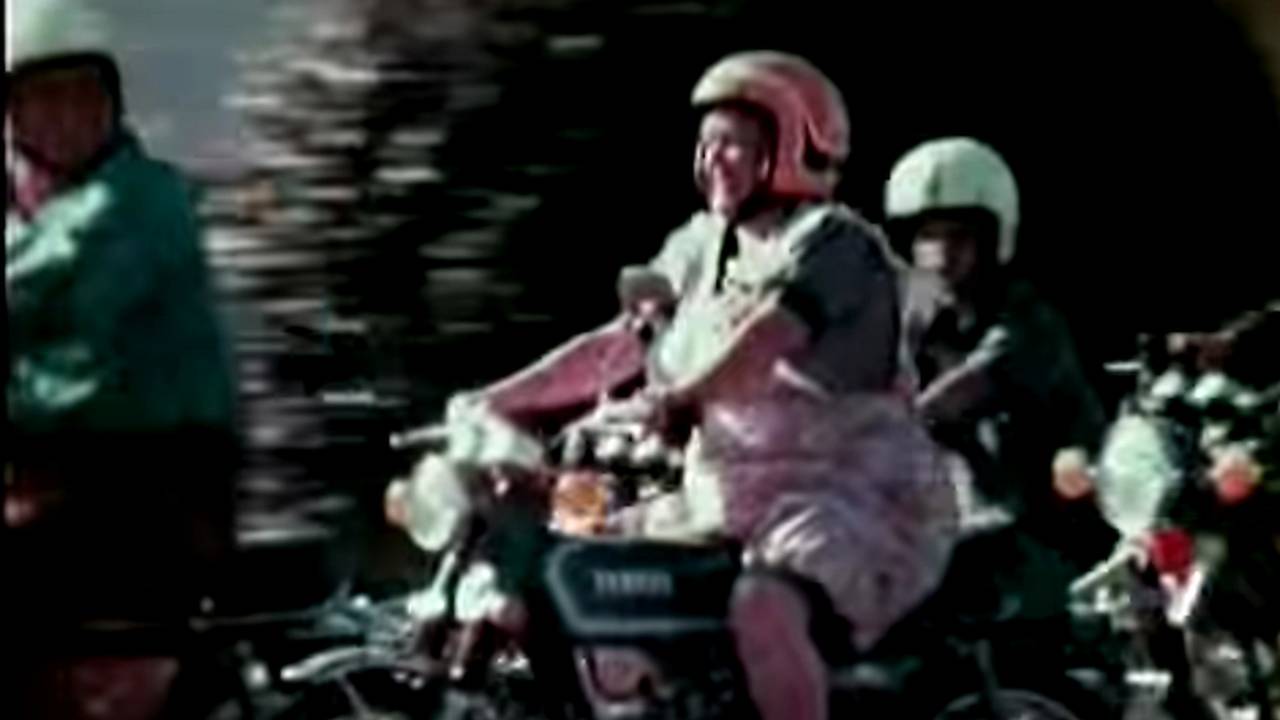 Film Vault: Someday You'll Own a YamahaHere’s a short TV commercial from the 1970s that we can’t make up our mind on: is it endearing or...

Here’s a short TV commercial from the 1970s that we can’t make up our mind on: is it endearing or menacing?

In one interpretation, we have a family of four celebrating Mom’s birthday by giving her a tool of independence.

There’s Dad and the boys, excitedly ushering Mom into the garage to display her present: a brand new Yamaha motorcycle! A way to connect with the men of her family and be seen as an equal rather than just a caregiver and homemaker. She’s flabbergasted. Overwhelmed, but soon overjoyed.

And as she rides off, cutting her own path, exploring her newfound freedom, the commercial’s announcer says in an aspirational way: “Someday, you’ll own a Yamaha.”

Or perhaps the whole thing is more sinister.

"Please, no. I don't want to be among the chosen."

Check out the look of horror and disgust on Mom’s face when the Yamaha is first revealed, the abject terror she displays when the too-large helmet is jammed on her head. That’s probably the same look ancient Aztec citizens had when they learned they’d been chosen for the “honor” of human sacrifice.

Next, we hear a cultish ghost choir chanting, “Yamaha, fly me away,” and we see Mom gritting her teeth as her family abandons her and she speeds, frantic and alone, to her doom. Then, ominously, the announcer tells us about the inevitability of Yamaha ownership. As if it, like death itself, is inescapable.

Nah, we’re sure the first interpretation is correct; we’ve probably just been watching too many horror movies. Probably...