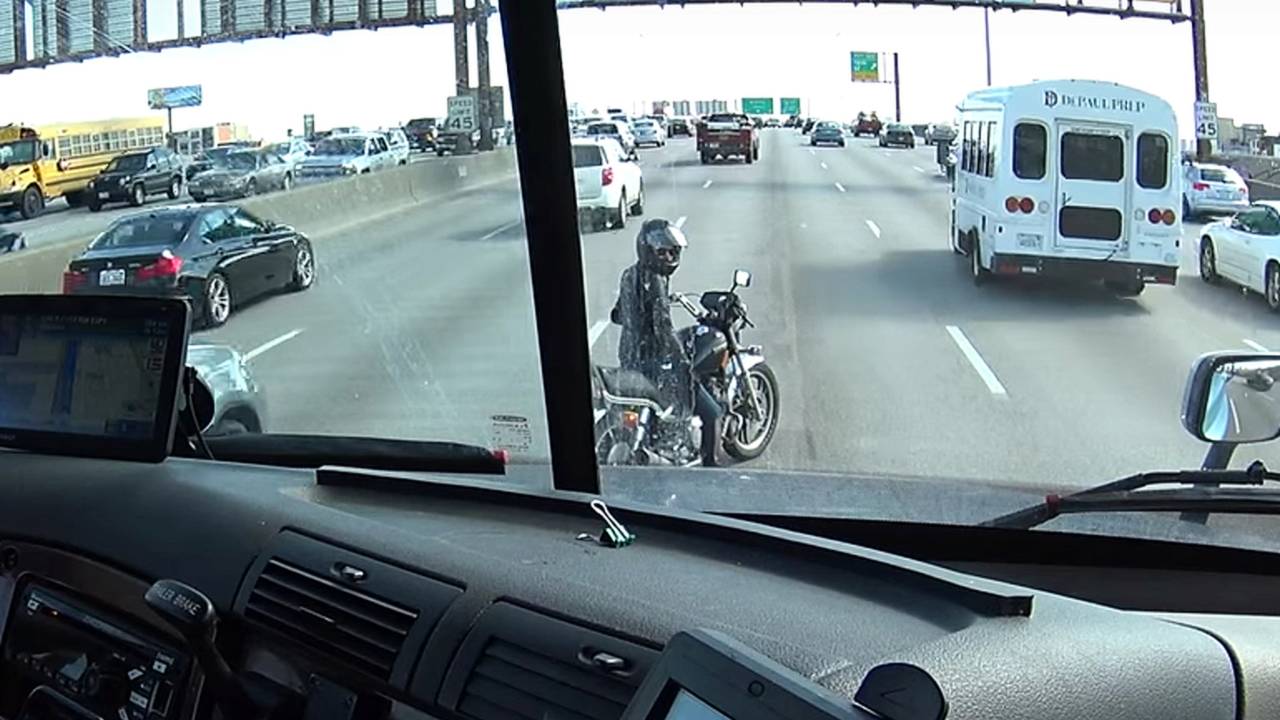 A trucker offers a reminder that the world is not as awful as people can sometimes paint it to be.

There seems to be no end to the number of videos featuring bad things being done to or done by motorcyclists, but here’s a video that may make you feel a little better about some of the folks we share the roads with.

In the video, a female motorcyclist appears to have broken down in the middle lane of Interstate 90 as it passes through Chicago’s South Side. She finds herself effectively stranded, unable to cross three lanes to get to the shoulder because of the speed and volume of traffic.

The video’s creator, YouTube user JBG TRAVELS, uses his truck to shield her from traffic as she tries to restart the bike. When it becomes obvious that the bike will not start, he slowly moves across the lanes, creating a barrier that allows her to get safely to the side of the road.

Looking at a number of JBG TRAVELS’ other videos, it’s clear that he is a keen motorcyclist, often filming his exploits on a Honda Goldwing. Though, either way, we weren’t surprised to see him acting this way.

A few members of the RideApart team have their own tales of being helped out by truck drivers in similar situations. It’s a reminder that the world is not as awful as people can sometimes paint it to be.