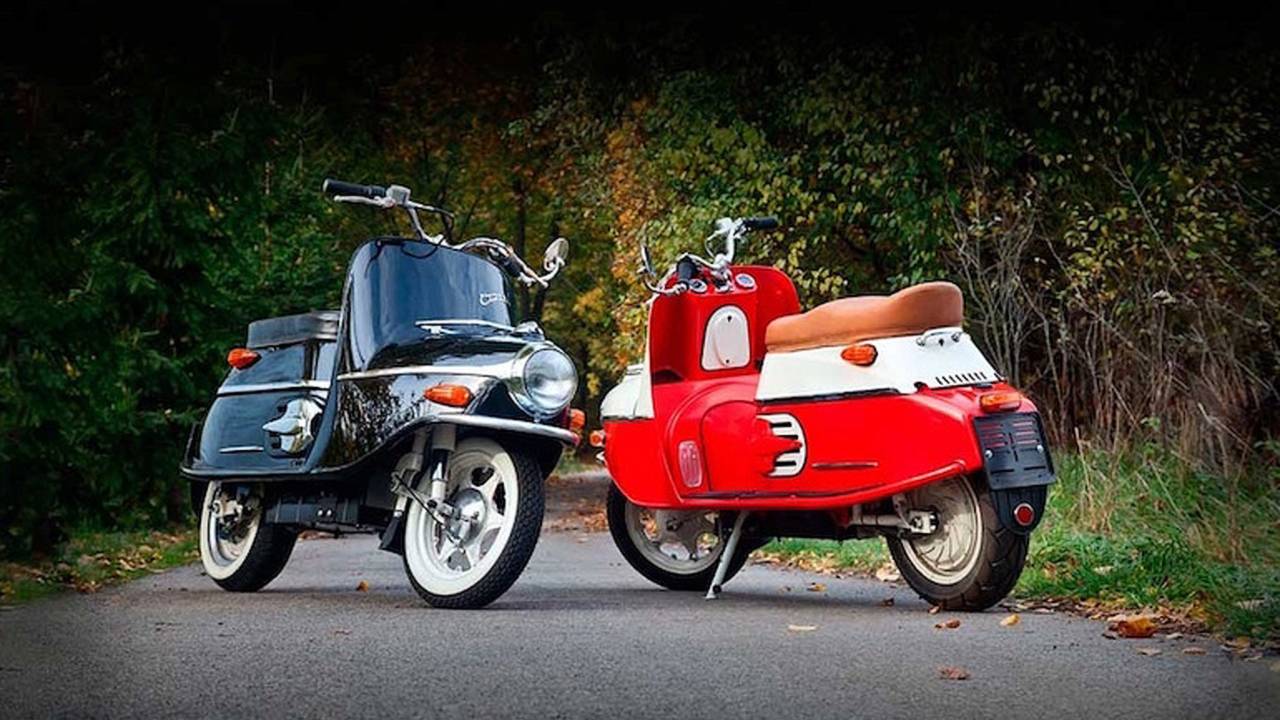 A uniquely styled scooter manufactured in then-Czechoslovakia during the height of the Cold War has been reborn in electric form.

Cezeta scooters were only manufactured from 1957 to 1964 but gained a small cult following thanks in part to their distinct look, which came as a result of placing the gas tank at the front of the vehicle, over the front tire.

Many fans referred to them as “pigs” because of their looks, whereas others joked that the location of the tank turned the scooter into a kind of land-based torpedo.

The original Cezeta was driven by a 175cc two-stroke single, but the newly resurrected Cezeta 506 will get its go from a three-phase brushless electric motor. The revival comes at the hands of Briton Neil Eamonn Smith, who first spotted a Cezeta while attending a wedding in the Czech Republic.

“I was instantly in love,” said Smith. “It was a fantastic thing and I bought one.”

Which led to buying more and more, and more. After a number of restorations, Smith adopted the technique of replacing the scooters’ old engines with electric motors – an idea that ultimately led to his desire to resurrect the brand.