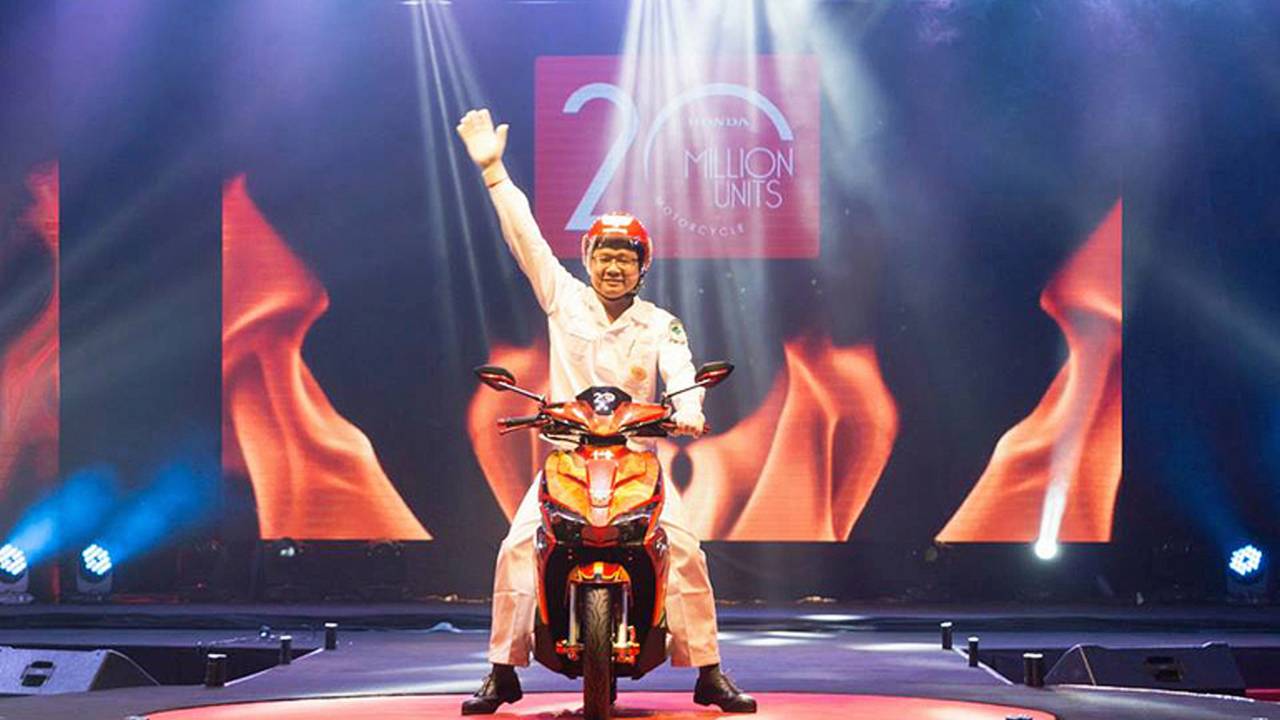 Honda Vietnam celebrates the Production of its 20 Millionth Motorcycle today.

Honda Vietnam celebrated the twenty-millionth unit of cumulative motorcycle production at a ceremony held today at its factory in Ha Nam Province. An “Air Blade” that rolled off the assembly line represented the 20-million production figure in a glamorous ceremony that included the unveiling of that memorable unit, models, speeches and a laser light show that looked like it was sourced from a Hồ Quỳnh Hương concert. The milestone marks Honda Vietnam’s significant contribution to the country’s motorcycle business and demonstrates the company’s commitment to long-term investment in the country.

Honda Vietnam commenced operations in 1996 and produced the first motorcycle in December 1997. Over 20 years the company has strengthened its production facilities through the operation of three factories, a parts center, and various workshops. Honda Vietnam has boosted its exports while also increasing its sales in the domestic market.