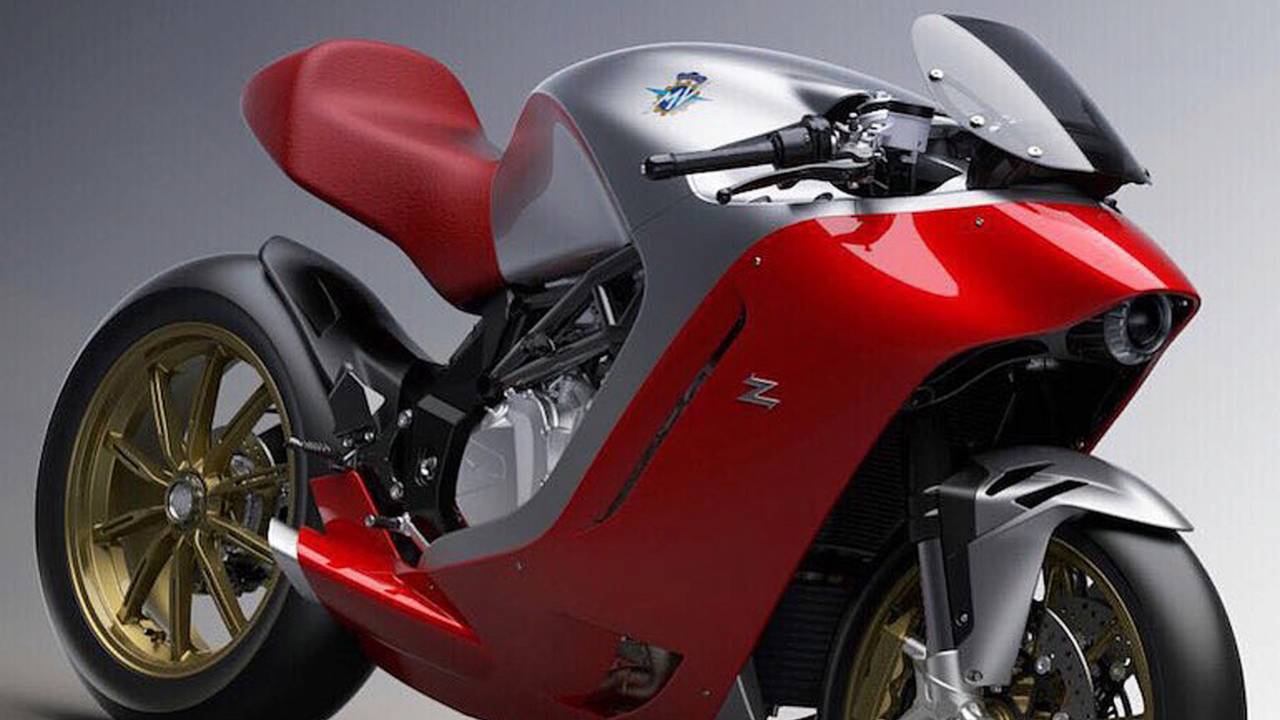 MV Agusta, Zagato Reveal Partner ProjectAfter several weeks of sexy video teasers, MV Agusta has exposed the F4Z on Twitter, with the lights on. The...

After several weeks of sexy video teasers, MV Agusta has exposed the F4Z on Twitter, with the lights on. The new model (maybe) is a designer take on the F4, in collaboration with auto coachbuilder Zagato.

How much of the design will transfer to the new F4 is unknown, at least until the release date of September 4. The low exhaust system is likely to remain, consistent with other MV models. The stylish bum-stop seat will obviously need a taillight/turn signal assembly.

The big question involves the fairing. The swoopy two-piece shroud shows little frontal area, and long vents on the side. Whether or not it can sufficiently manage airflow from the large open area below the headlight remains to be seen. (If the fairing makes it to production.)

MV Agusta shared this image on its Twitter feed.

Ducts for the throttle bodies are well hidden in the cavern. The vestigial windscreen would appear to direct air blast at the rider’s Adam’s apple.

From a design standpoint, the F4Z is striking. Dynamic. Decidedly Italian. The finished product will no doubt show the inevitable compromise between styling and engineering. In most cases, when form prevails over function, the latter is diminished. But who knows? The FZ4 may set a new mark in harmonizing style and grace in action. Which is to say, going down the road beautifully. And fast.