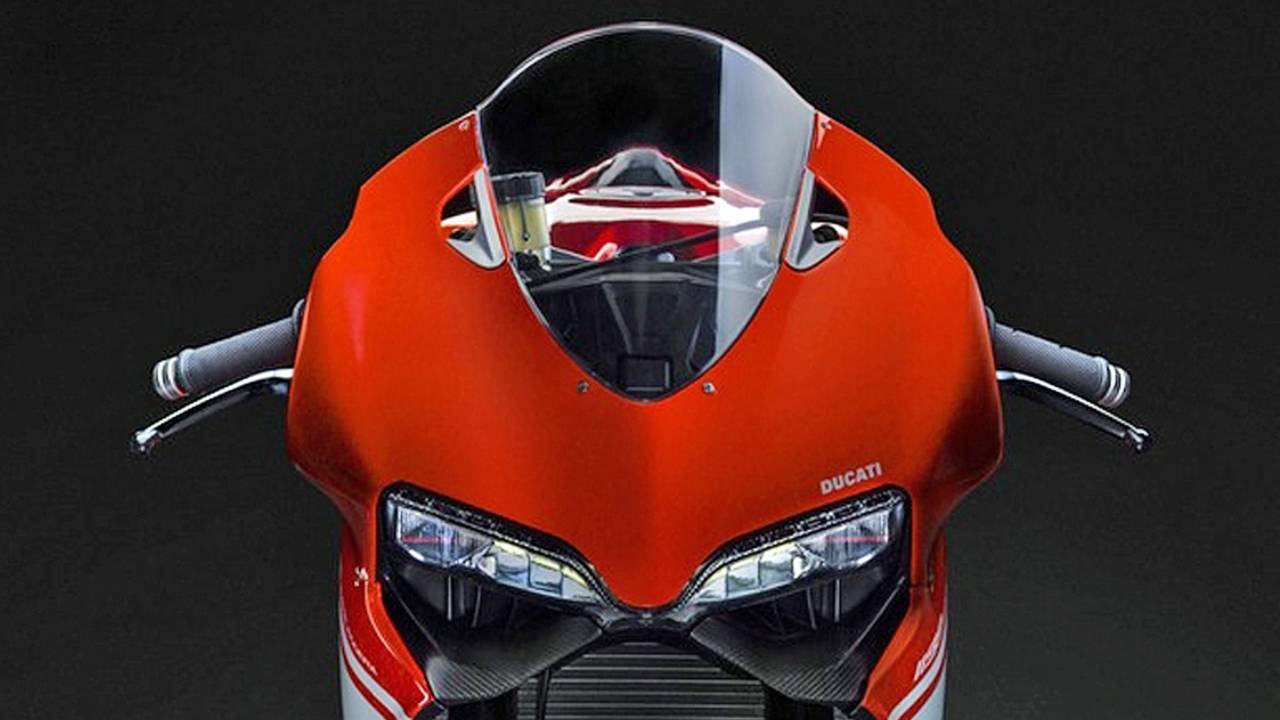 The rumors were true, the Ducati Progetto 1408 is going to be unveiled during Ducati World Premier on NOv 7, 2016 the day before EICMA 2016.

It appears that the rumors surrounding the Ducati Progetto 1408 were true. According to our sister site OmniMoto, the most powerful Ducati Twin ever produced is going to be unveiled at the Ducati World Premier on Nov 7, a day before the 2016 EICMA Show. We are talking about a sport bike that the boys from Bologna claim will pump out 210 horsepower while tipping the scales at 341-lbs., (155kg dry). If these numbers are anywhere close to the actual power and weight of the production version of the Progetto 1408 (Translated to: Project 1408) then there we be a true beast of a bike is about to be released upon the world and we cannot wait to see it.

You can watch the 2017 Ducati World Premier live on Monday, Nov. 7, 2016 just by following this link. All the remaining 2017 Ducati models will be presented at that time so if you are a true Ducatisti, mark your calendar, this should be fun.