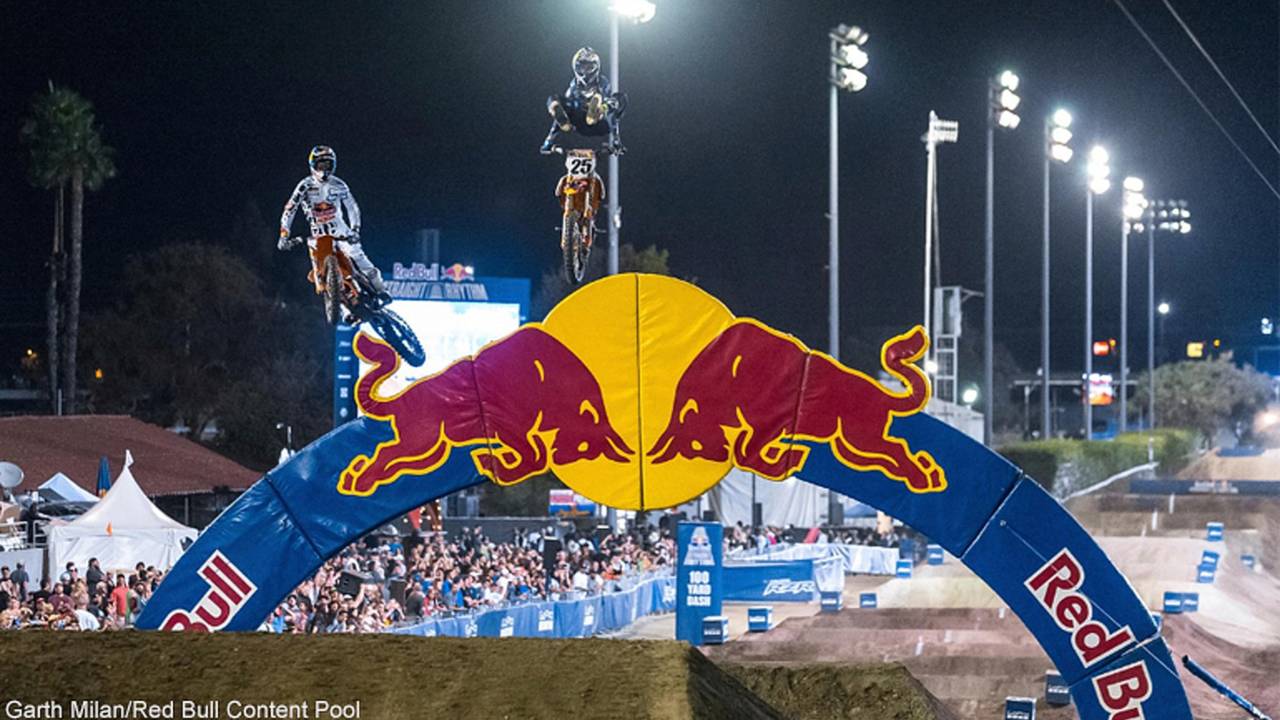 Check out the Top 5 moments form the RedBull Straight Rhythm 2016 and if you like that, you can check outthe entire race recap video.

Redbull Straight Rhythm was created with the intention of giving Motocross and Supercross fans something a little different to look at. Instead of a 30-lap race with 30-riders, Straight Rhythm puts just two-riders head-to-head in a drag race down a straight Supercross-style track with doubles, table tops and of course a whoops section.

For the third consecutive year, the event is held in Pomona, Ca at the former horse racing facility known as the Pomona Fairplex. Here, thousands of spectators and industry folks gather to watch as MX and SX racers battle head-to-head in a bracket-style double elimination tournament in another unique Redbull certified skills competition that gets straight to the point.

James Stewart is the two-time defending Straight Rhythm champion and he was back to defend his title for the second consecutive year. JS7 would face tough opposition in 2016 from riders like multi-time SX and MX champion Ryan Dungey, internet sensation Ronnie Mac (on his ’98 CR250), Josh Hansen, Josh Hill (on an Alta Motors electric bike) and SX Lites champion Marvin Musquin.

Rather than go through the entire event play-by-play we have chosen to show you the highlights video from the 2016 race and if you like that, you can go to RedBul.com and watch the official three hour long 2016 RedBull Straight Rhythm Recap video.