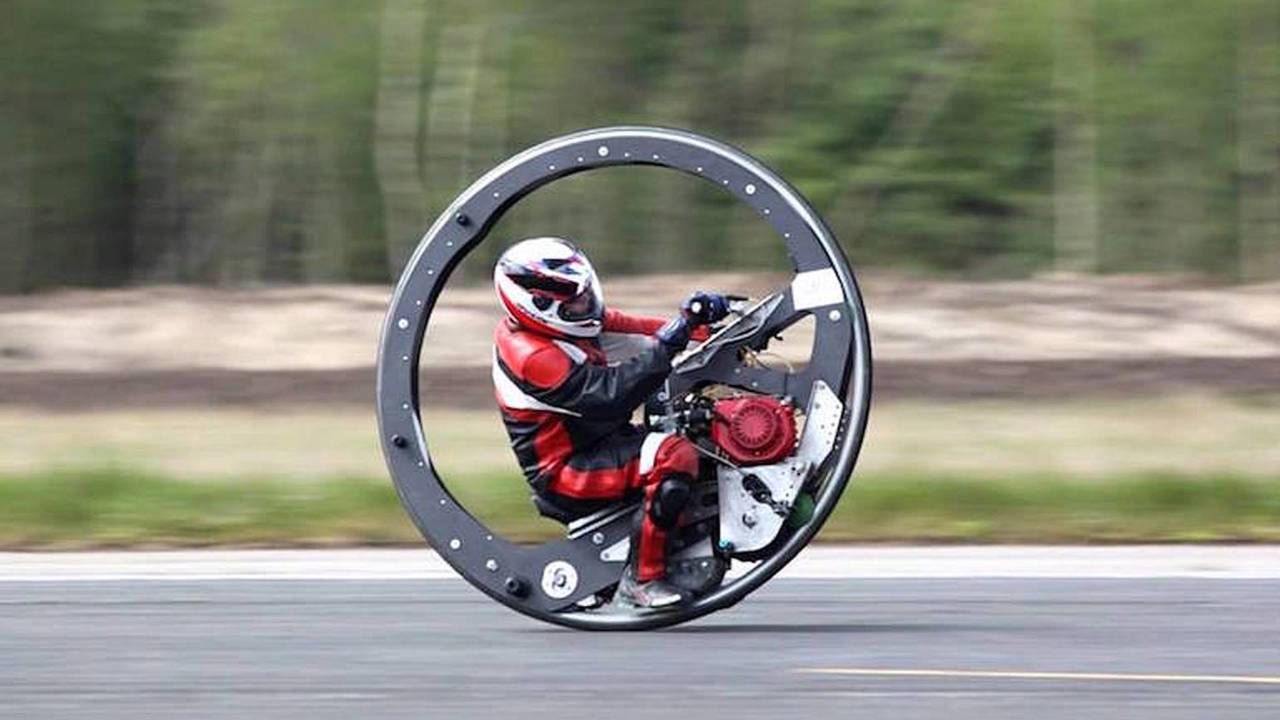 Englishman Kevin Scott has set a new world record of 68 mph on (in?) a monowheel nicknamed War Horse.

According to the BBC, a man in Lincolnshire, England, has set a new world record of 68 mph on (in?) a monowheel nicknamed War Horse.

Kevin Scott, from Lincoln, and the UK Monowheel Team broke the previous record of 57 mph (91.7km/h) set by Kerry McClean in the United States in 2001.

The record, to be included in the 2017 Guinness World Records book, was set at Elvington Airfield, near York. Scott said recording a new fastest speed was "absolutely fantastic".

A monowheel, as the name suggests, is a "motorcycle" with one large wheel that the rider sits within. As explored in a recent RideApart article looking at the history of the monowheel, it's not an easy vehicle to ride/drive.

One of the biggest challenges is avoiding "gerbaling," a stability issue around the horizontal axis where the occupants of the monowheel swing back and forth within the rotating wheel as it rolls along. Avoiding the issue as at the heart of why the record speed for a monowheel isn't all that high when compared to two-wheelers.