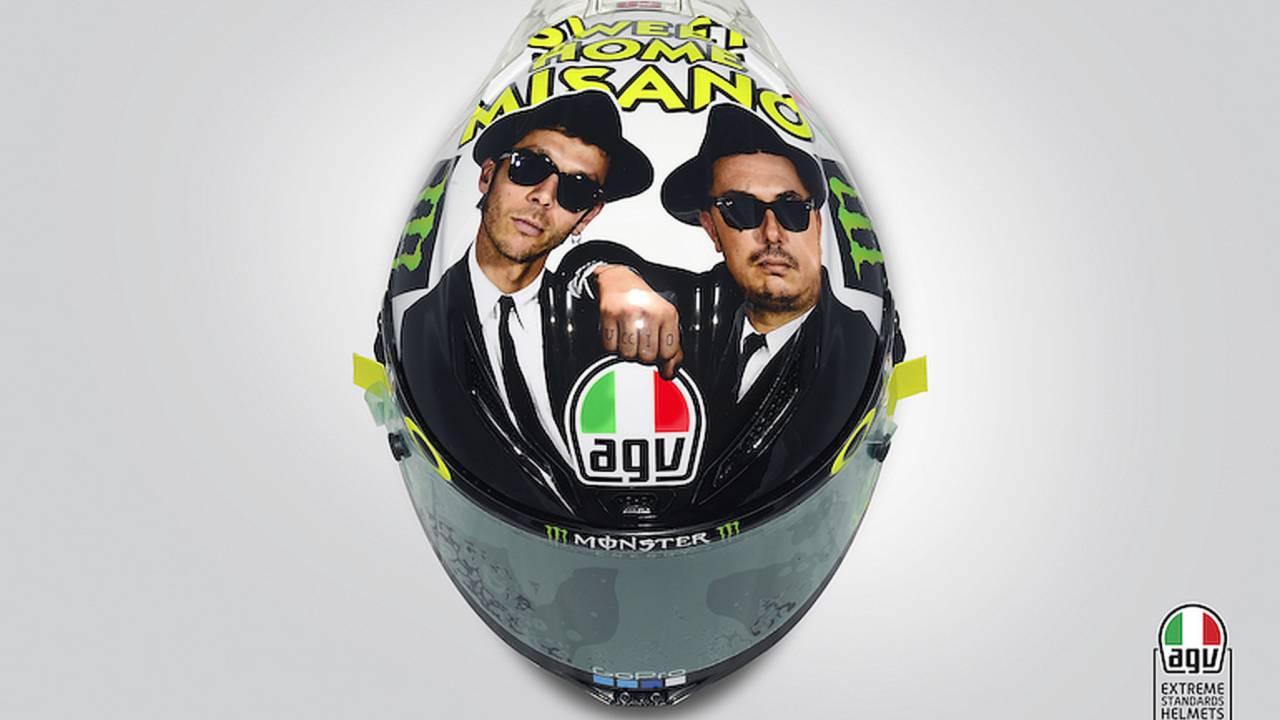 Valentino Rossi's tradition of a themed helmet for Misano carries on with a tribute to the Blues Brothers.

Valentino Rossi’s sense of humor has always found various means of expression; the helmet has long been a favored canvas.

This year, the treatment for his home MotoGP round at the Misano World Circuit featured one of his favorite movies: The Blues Brothers. In collaboration with designer Aldo Drudi, the special AGV helmet displayed Rossi and longtime friend and assistant Alessio “Uccio” Salucci as Elwood and “Joliet” Jake Blues.

Their hats, shades and suits replicate the outfits worn by Dan Akroyd and John Belushi in the movie. Above them, the words “Sweet Home Misano” play on the title of the Robert Johnson blues standard “Sweet Home Chicago,”which is included in the movie’s soundtrack. (Rossi lives a few miles from the track.)

Vale’s fluo-yellow No. 46 is on the back, as are his dogs Cesare and Cecilia and his orange cat Rossano, all wearing the Blues Brothers’ costumes. The famous Bluesmobile police car is featured on the sides.

What kind of music do they play? Both kinds. Country and Western.