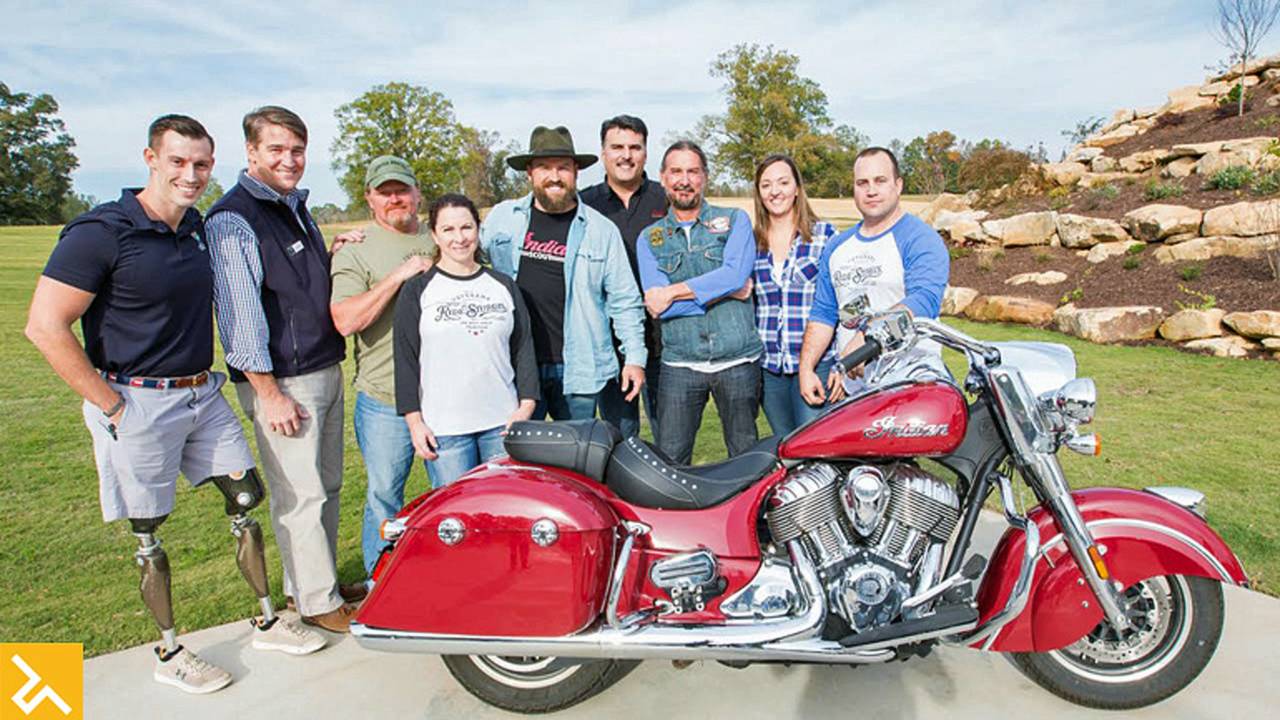 Indian Motorcycle and the Zac Brown Band paid tribute to American veterans with a day of gratitude and a motorcycle ride on the outskirts of Atlanta. The ride kicked-off Wednesday morning at Indian Motorcycle of Marietta and ended at the campus of Camp Southern Ground, Zac Brown’s non-profit passion initiative, in Fayetteville.

The ride hosted more than 100 riders and veterans from California to Virginia, in addition to Indian Motorcycle Riders Group (IMRG) members from Tennessee, Alabama and Georgia. The scenic ride lasted two hours and traveled through the outskirts of Atlanta. The full day of events dedicated to saluting all American military veterans culminated in lunch and a surprise acoustic performance by Zac Brown Band at Camp Southern Ground.

Along for the ride and day’s events were four representatives of the ‘Veterans Charity Ride to Sturgis,’ which provides two-wheeled motorcycle therapy for wounded and amputee American military veterans.

“It was an honor and a privilege to be a part of this day and the band is proud to have played a small role in making this day special for our veterans,” said Zac Brown. “Camp Southern Ground was proud to host this special event and welcomes our nations veterans today and every day.”