No New MV Agusta Superbikes for 2017 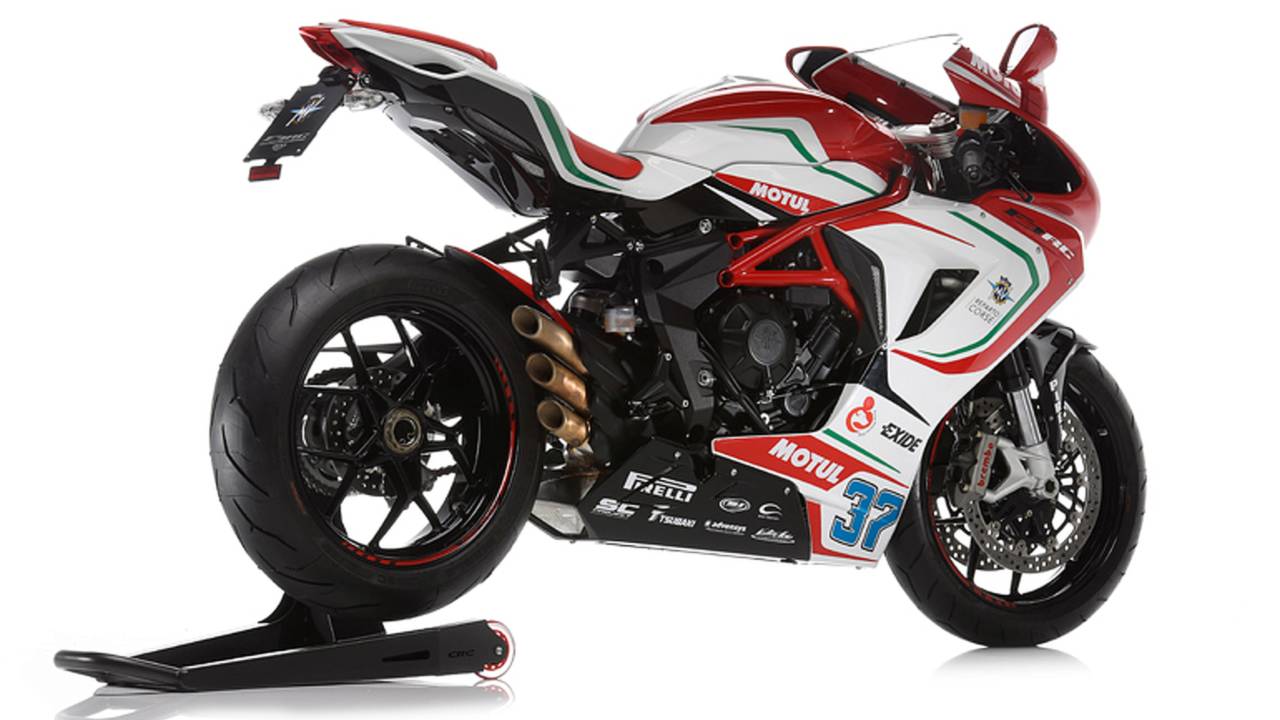 Apparently, the big boss Claudio says there will be no new MV Agusta superbikes for 2017.

MV Agusta CEO Giovanni Castiglioni has been quoted in Australian Motorcycle News that the company will offer no new superbikes for 2017. Development will continue on the new 1200cc 4-cylinder Brutale, which had been expected at the Milan show, but not for 2017. The new model will likely have the F4 super bike engine.

Struggling with a debt load of €50 million (US $52.13 million), MV has again gone looking for outside financial investors. The company recently sold a rumored 30-40 percent of its shares to the Anglo-Russian investment group Black Ocean, and Mercedes-AMG had previously purchased a 25 -percent share in MV. But numerous ownership changes over the past decade, and a constricting market have cut production drastically and brought layoffs to the labor force.

Nonetheless, just last week MV signed a deal with DNC Asiatic Holdings of Malaysia for an assembly plant in the region. The DNC subsidiary Moto Varese will distribute machines in the Asia-Pacific market, which accounted for nearly 20 percent of MV sales volume in 2016.

The company incurred substantial expense with the recent upgrades to the 3-cylinder Brutale 800 RR, but its future is now uncertain. However, just to throw yet another wrench into the works, MV now claims it's receiving a new investment from a private equity firm, and that they are returning to full production.

It’s Italy, after all. One never knows.