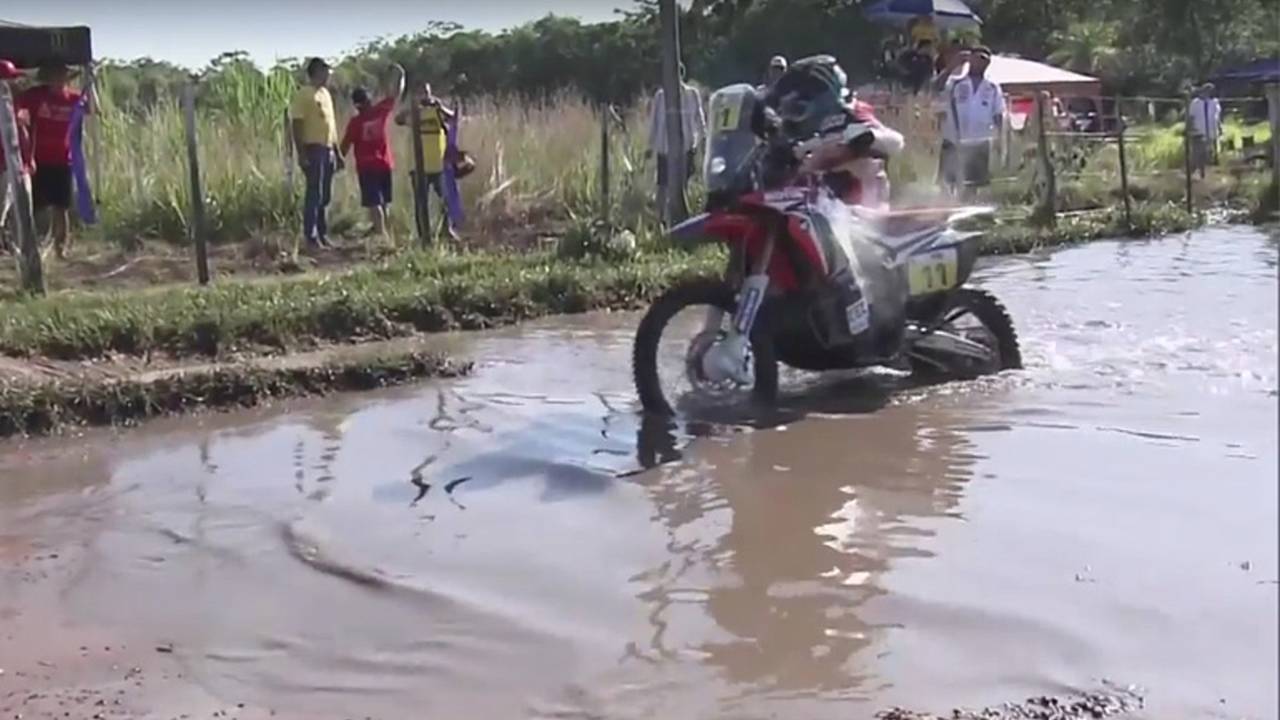 The opening day of the 2017 Dakar Rally saw Frenchman Xavier De Soutrait finish the 282 mile (454km) Stage 1 from Asuncion to Resistencia, Paraguay as the top motorcycle rider aboard a Yamaha WR450F. Unfortunately, a penalty would drop him to 10th later, after the video was produced. That gave Spain’s Juan Pedrero Garcia and his Sherco the win while American rider Ricky Brabec finished second aboard the Factory Honda CRF 450 Rally. This year’s Rally begins in Paraguay, for the first time in the storied history of the world’s longest, most difficult off-road competition and will end in Argentina. RideApart will bring you coverage of the bikes including a daily video recap of the Car/Bike classes as it is made available from the Dakar Rally.

For complete Dakar Rally coverage, including up to the minute results, photos and more, check out the official website at Dakar.com.