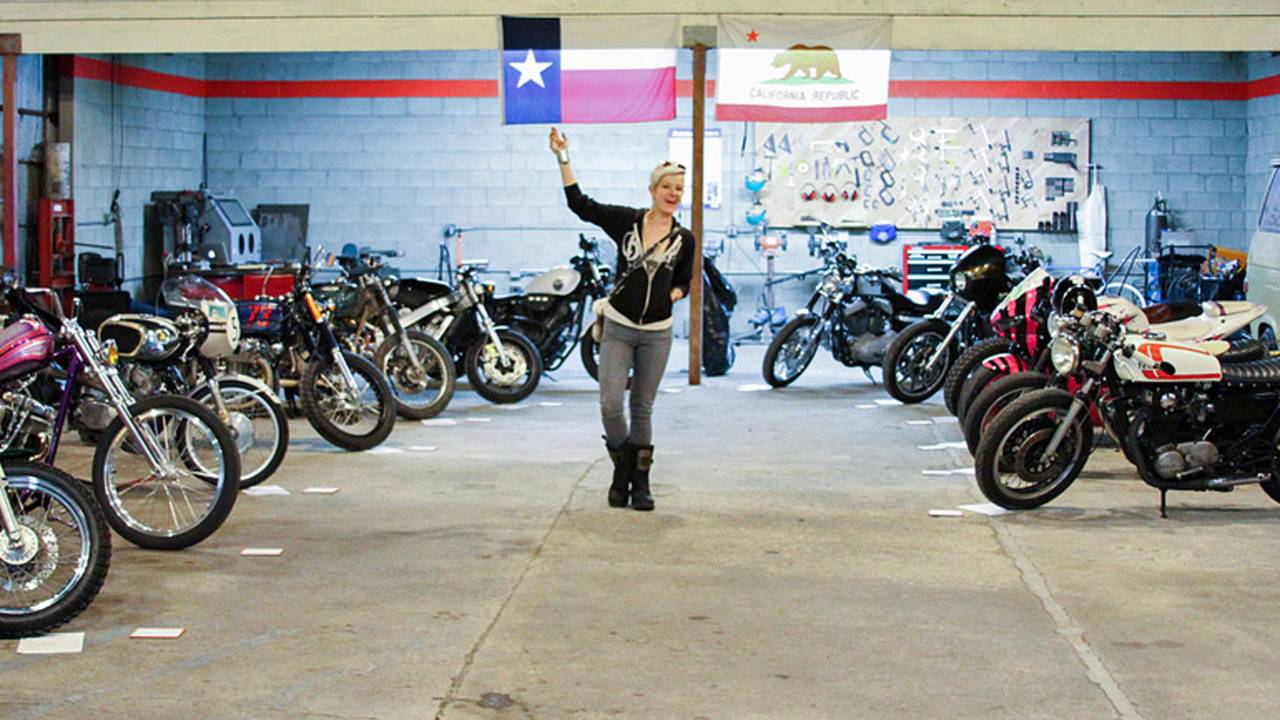 The Lucky Wheels Garage in Los Angeles will host the second annual Women's Motorcycle Show Saturday, Jan. 14, 2017. The doors open at 6PM for the media, 7PM for the public. Hosted by Alicia Elfving, author of the successful MotoLady website, this show will promote the creative and groundbreaking work being done by women in the motorcycle industry, and will celebrate the website's sixth anniversary. Custom motorcycles built by and for women from all around California will be featured.

This year's show will build on the success of the 2016 edition, which saw over 200 in attendance and featured more than 15 custom motorcycles, including the MotoLady DualSporty Blondezilla bike, Battlestar Galactica actress Katee Sackhoff's Classified Moto bike, and the infamous Yuriko's SoCal "Gloryhole Chopper."

•Raffle of prizes from retailers such as Dainese, Alpinestars, Gerber Gear, and Tobacco Motorwear

Those interested in displaying their motorcycles built by or for women, visit the Motolady Womens Motorcycle Show website.