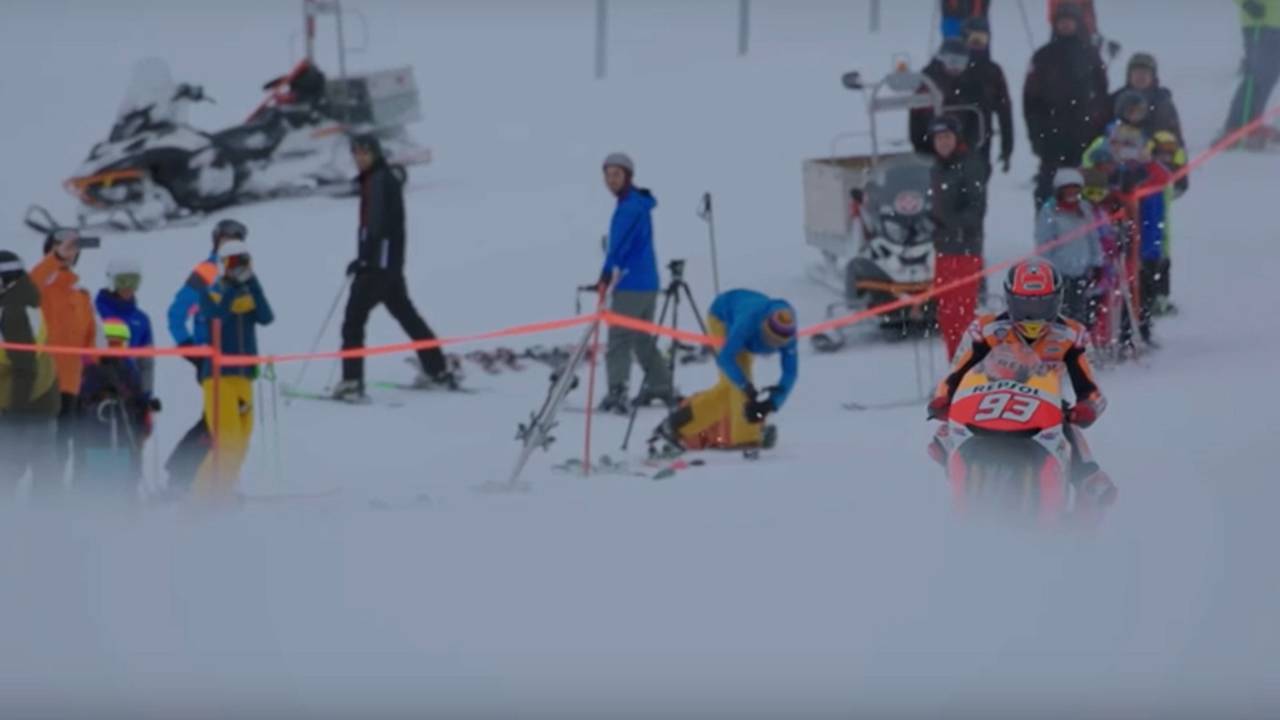 Happy FRiday folks and welcome to the latest Video of the Day. Grab some fur mittens and watch as Marc Marquez Rides his RC213V up the Hahnenkamm ski slope

Everyone knows that Marc Marquez is special. Some say, he’s touched in the head. But then again you have to be, special, to race MotoGP. And you have to be even more special to win it three of the first four years you are in the series. Well, you also have to be pretty awesome in order to be a Redbull athlete because it is not out of the question for the company to come up with crazy ass ideas, like riding your race bike up the Hahnenkamm ski racing course in Austria’s Kitzbühel Alps.

Lucky for Redbull he is just talented enough to get his million dollar motorcycle with a few hundred two inch spikes embedded in the tires, up that ski slope in one piece. He actually makes it look fairly easy, but I’m sure you’ll agree that at the very least, this is a wicked cool stunt to help kick off the 2017 racing season.