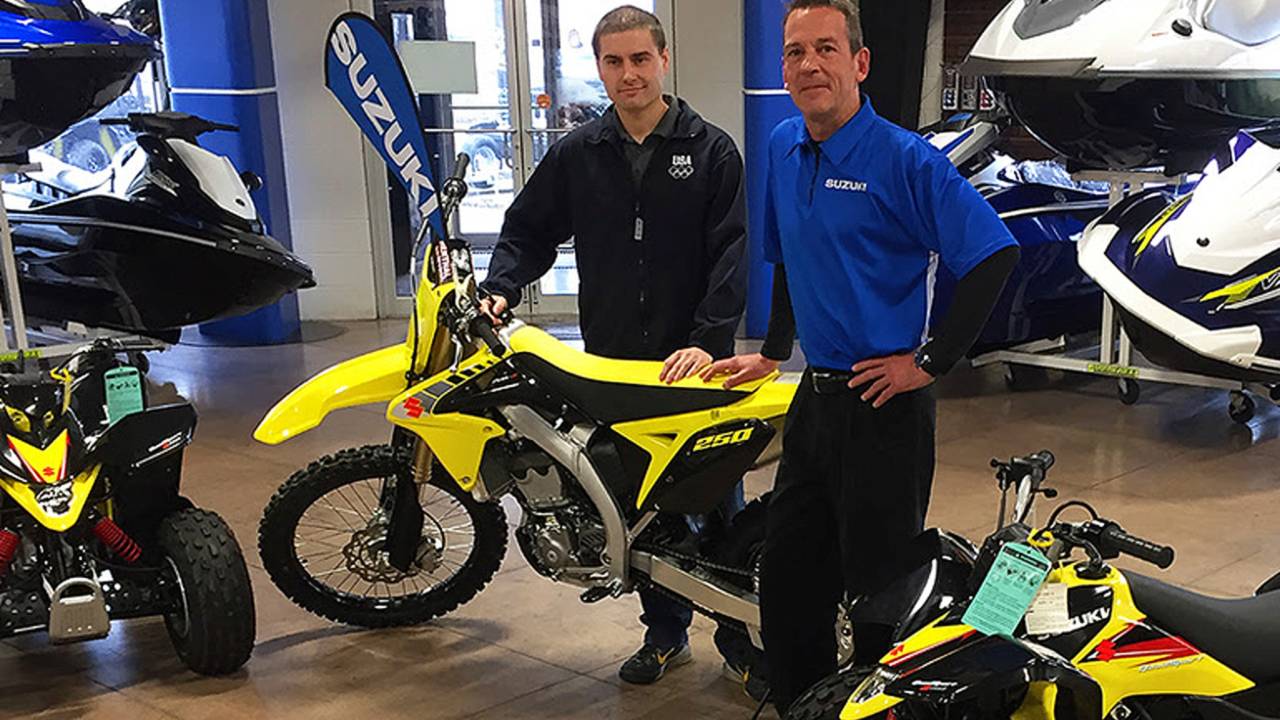 The Military Appreciation Auction Winner Picks Up His New 2017 Suzuki RM-Z250 and plans to go racing to win contingency money with it!

During the San Diego round of the 2017 Supercross season, the Fourth Annual Military Appreciation Race and Benefit Auction took place at Petco Park in celebration of Military Appreciation Day. At the event, race fans were able to bid against other people from around the world, for a chance to win a number of prizes, including the 2017 Suzuki RM-Z250.

Included in the fund-raising auction were various memorabilia, autographed jerseys and other swag that catered to the off-road racing fans. But only one lucky person would claim the RM-Z and his name is Derek Swaidner of Fort Wayne, Indiana. Coincidentally, Mr. Swaidner comes from a huge military family that includes grandfathers who served in the Navy and Marines, siblings in the Air Force and cousins currently serving active duty on the Army and Marines. Plus, he is also an amateur MX racer so it could not have been won by a better person.

“It just came to me as a great opportunity to help the USO and all they do for military members and their families, as well as a good chance to get a great deal on the new RM-Z I wanted,” explained Derek, a senior at Indiana University – Purdue University Fort Wayne. “I’m so happy to have won it and can’t wait to go racing and win some contingency money.”

His RM-Z250 was delivered by R+D Powersports in Columbia City, Indiana.