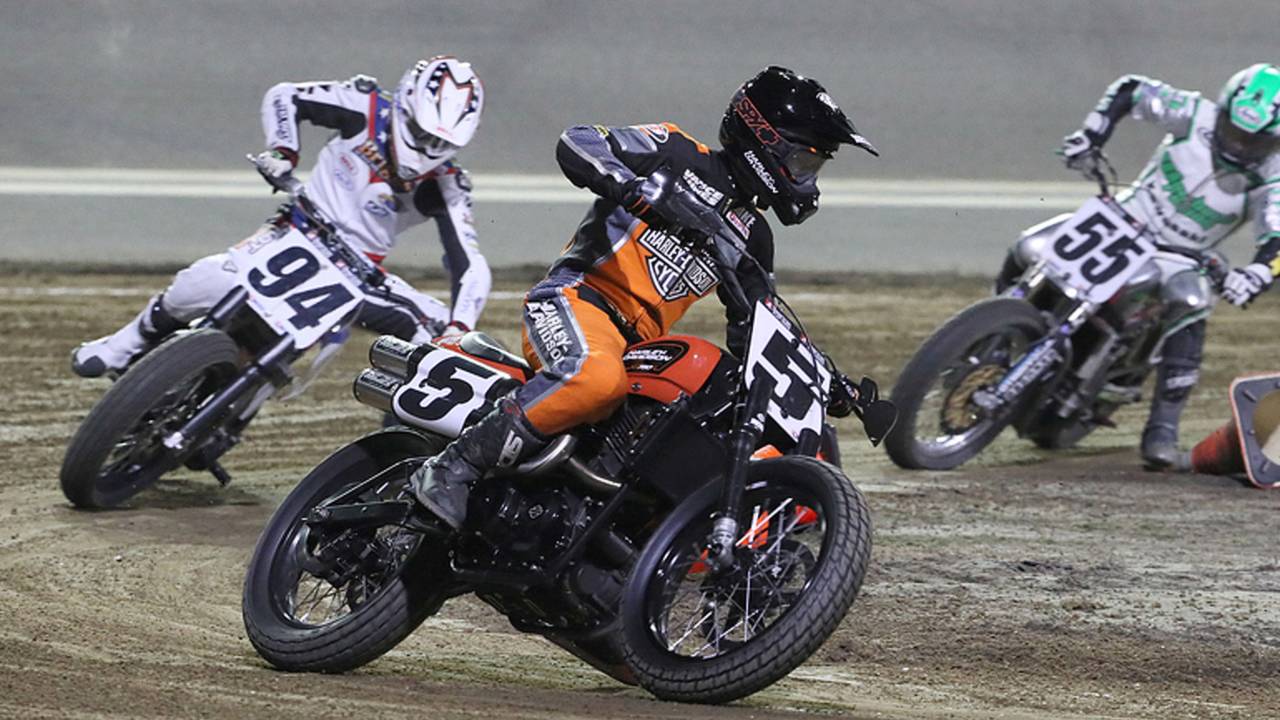 Harley-Davidson Factory Flat Track Racing Team rider Jake Johnson rode the all-new Harley-Davidson XG750R to fourth-place at the American Flat Track Daytona TT. Johnson battled on a tight and technical 0.6-mile TT course constructed in the infield of Daytona International Speedway. Starting from eighth place in the 25-lap main, Johnson charged through the field only to just miss a spot on the podium by a slim 0.516 second.

Johnson turned his night around after a 12th-place finish in the first heat race moved him to the last-chance qualifier, which he failed to finish after a mechanical issue. Johnson was able to regroup and use a provisional start to claim a spot on the back row of the semi-final heat, and finished fourth to advance to the main. “Nobody knew what to expect from this new track. I think we were prepared but I struggled personally early in the evening,” said Johnson, a two-time AMA Grand National champion.

The Daytona TT was the first outing of the season for the 2017 Harley-Davidson XG750R flat tracker, powered by a race-modified, liquid-cooled, fuel-injected Revolution X V-Twin engine originally engineered for the Street 750. The XG750R flat tracker is not a production model. The Revolution X V-Twin engine is for sale through Harley-Davidson dealers today and can be modified for racing use by aspiring dealers and privateers.