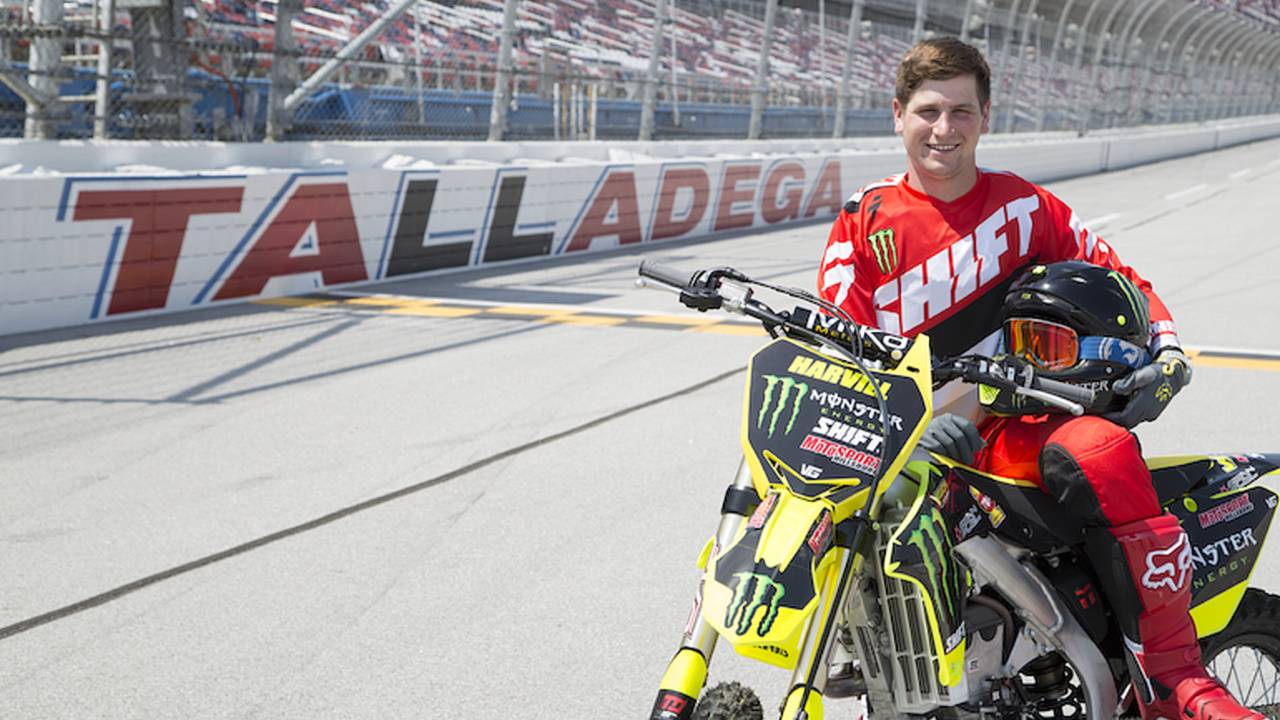 A motorcyclist is planning to smash the world record for jumping a motorcycle, in front of the eager eyes of an Alabama NASCAR audience.

Monster Energy athlete Alex Harvill will attempt a world record jump on May 7 at Alabama’s Talladega Superspeedway, before the 500-mile NASCAR race.

A representative from the Guinness Book of World Records will be on hand to verify the breaking of the 351-foot record set by Robbie Maddison in 2008. Following in the footsteps of his childhood hero, Evel Knievel, 24-year old Harvill from Ephrata, Washington, plans a 426-foot jump, hitting a top speed of 105 mph.

“Monster Energy wants to bring compelling content to NASCAR races this year, and Alex Harvill going for a Guinness World Record should certainly be exciting – for the fans at the track and those watching on Fox,” said Monster Energy Vice President of Sports Marketing Mitch Covington.

“I feel great about going to Talladega to do this jump,” said Harvill. “Talladega is the biggest and fastest, and it’s only fitting that I’m jumping the furthest at that track.”

A near-death experience in childhood that left his pelvis shattered and bike mangled developed Harvill’s inspirational philosophy to face fear and live life to the fullest.

The stuntman has already earned a Guinness World Record achievement for longest dirt to dirt distance jump. For more information search #BiggestJumpEver for exclusive behind the scenes footage.