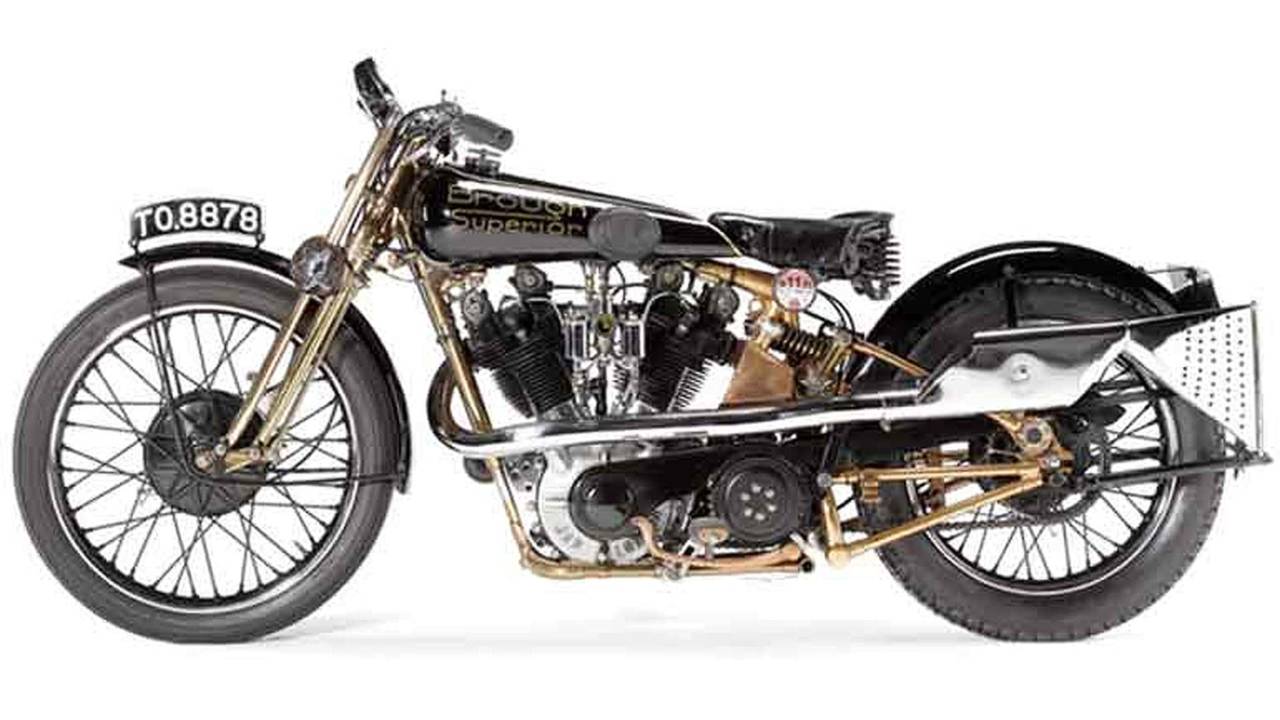 A report by Mike Hanlon on newatlas.com shows a big batch of Broughs likely to bring big bucks at the Sothebys auction in Italy next month. The Brough Superior SS100 nicknamed "Moby Dick" was declared "the fastest privately owned machine in the world" in 1931. It sold for $333,000 in 2011. Projections for the upcoming auction estimate it will bring from $550,000 to $770,000.