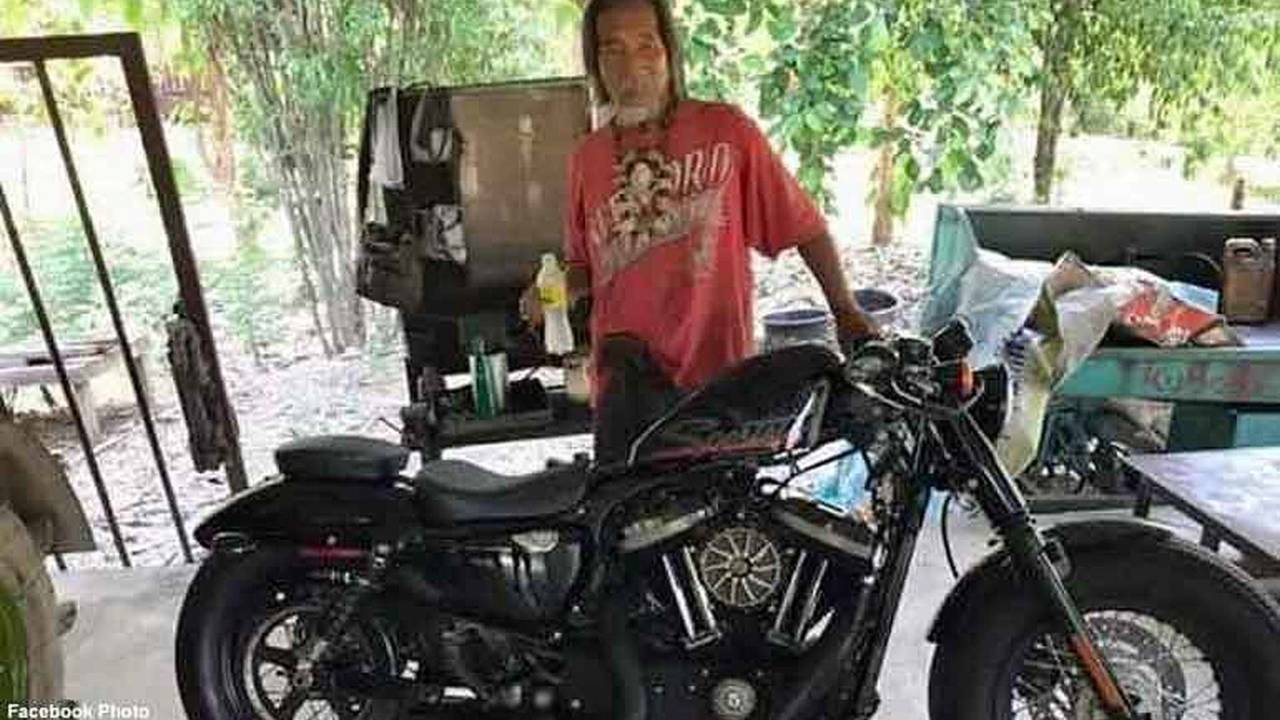 A crusty Thai mechanic tried to by a HD from a few shops but he looked like a bum so nobody took him serious. He bought a bike from the first shop that did.

According to a story on nextshark.com, a hard working but crusty looking guy named Lung Decha of Thailand wanted a new motorcycle, so he went shopping. The elderly man went from one shop to another, but was generally ignored by salespeople, probably owing to his shabby attire. Then he found a shop where he received civil treatment and promptly paid cash for the bike of his dreams.

Lung perused the models on display, and in ten minutes decided on a new Harley-Davidson Sportster. For which he paid $17,000, in cash.

“AsiaOne reported that the partially retired mechanic worked hard all his life and decided to use his hard earned money on his dream bike. Photos of Lung with his new Harley-Davidson went viral on social media, with many happy that despite how society views him, he still achieved a life-long dream.”