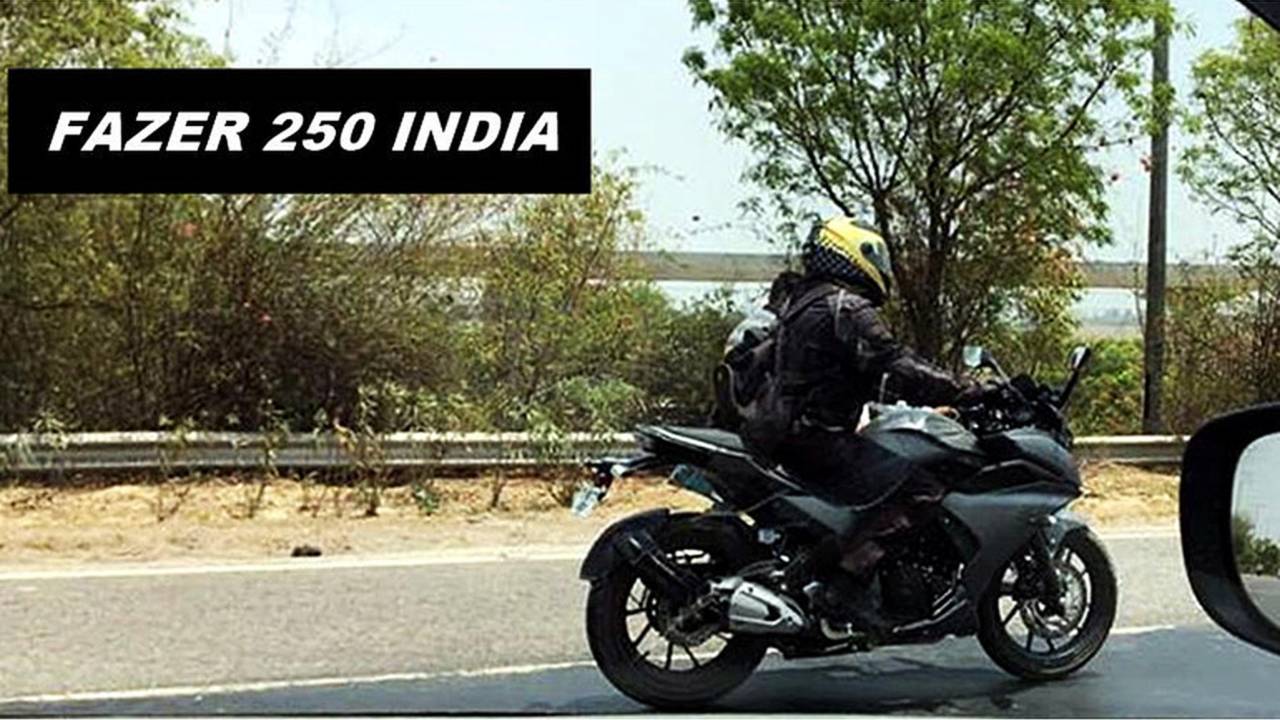 The new, semi-faired Yamaha Fazer 250 was spotted in India recently without the usual pre-production camouflage.

A new small Yamaha destined for the Indian market was spied up close and undisguised recently, and it looks great.

According to India.com, Yamaha is testing a new Fazer 250 that is expected to launch later this year on the sub-continent. Based on the FZ225, the new model is aimed at strengthening the company’s position in the lightweight field. Spy shots making the rounds on the internet show an almost fully-faired sportbike with one-piece standard handlebar, conventional front fork and single front disc brake.

Initial reports say that the new Fazer is equipped with a digital LCD instrument panel, separate passenger seat, and a single rear shock with adjustable preload. The front rotor is 282mm, the rear 220mm. While the FZ225 does not offer ABS, the article speculates that the Fazer 250 will include anti-lock braking as an option since most of the competitive models do.

The 249cc air-cooled single is rated for 20.6 horsepower at 8000 rpm, and peak torque of 14.75 foot pounds at 6,000 RPM. That power reaches the rear wheel through a 5-speed gearbox. Prices for the Fazer 250 have not been announced, though it’s expected to come in slightly higher than the FZ225. There is no indication when or if Yamaha will release the Fazer  250 in the U.S. or European markets. However, given the recent growth in the output of lightweight sporties from other manufacturers, chances are good that Yamaha will follow suit.