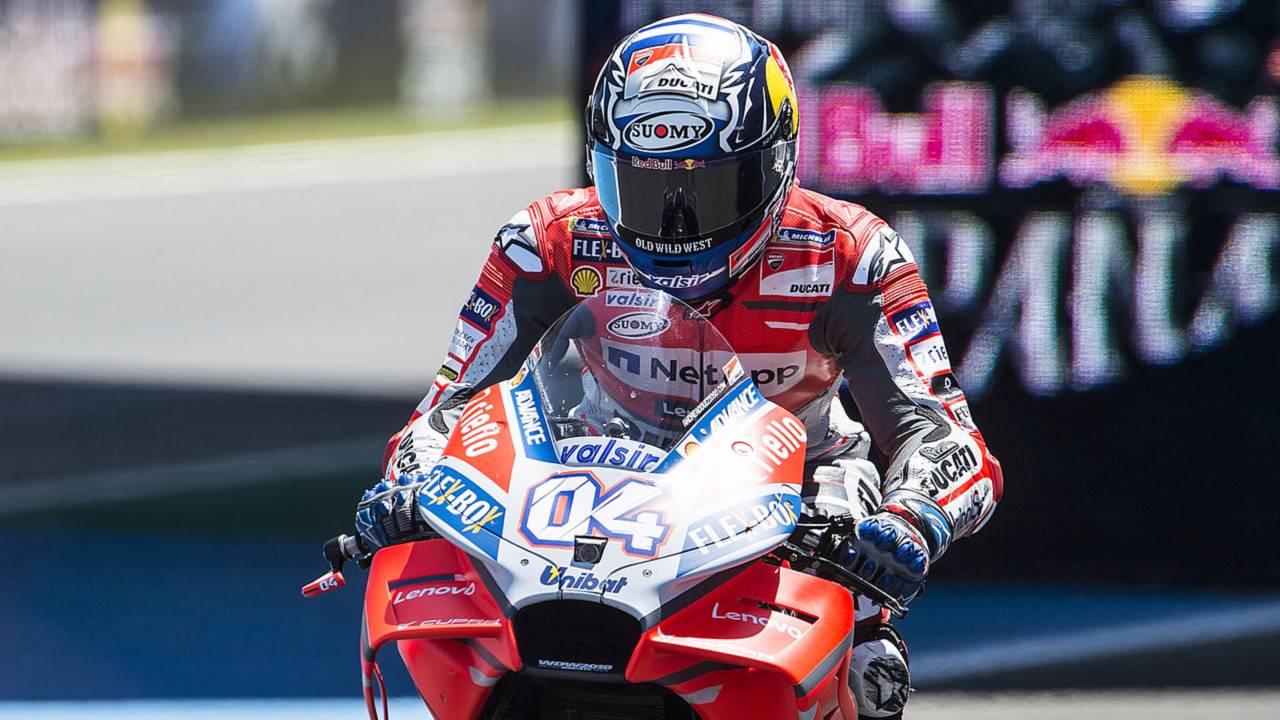 Ducati officially confirmed that its star MotoGP rider Andrea Dovizioso will continue with the team until the end of the 2020 season.

Dovizioso, who has been a Ducati factory rider since 2013, mounted the Bologna-based brand's first title challenge since the Casey Stoner era last year.

However, renewal negotiations were made difficult as Dovizioso upped his financial demands, having previously had a significantly smaller salary than that of underperforming teammate Jorge Lorenzo.

Despite Dovizioso having had talks with Honda and Suzuki, and the Italian rejecting Ducati's first offer, the 32-year-old said on Thursday at Le Mans that he was getting "closer" to a renewal.

Andrea Dovizioso at the 2018 French MotoGP

Dovizioso is fifth in the standings following his dramatic crash at Jerez that also involved teammate Lorenzo and Dani Pedrosa.

It has yet to be finalised who Dovizioso's teammate will be with Pramac Ducati duo Jack Miller and Danilo Petrucci being the prime candidates to replace Lorenzo, should the Spaniard depart to Suzuki.

Dovizioso is the subject of the third rider announcement of the Le Mans weekend as Alex Rins and Aleix Espargaro were both confirmed for two more seasons at Suzuki and Aprilia respectively.