This Turbocharged Suzuki GS1150 Is The Ultimate Air-Cooled Muscle Bike 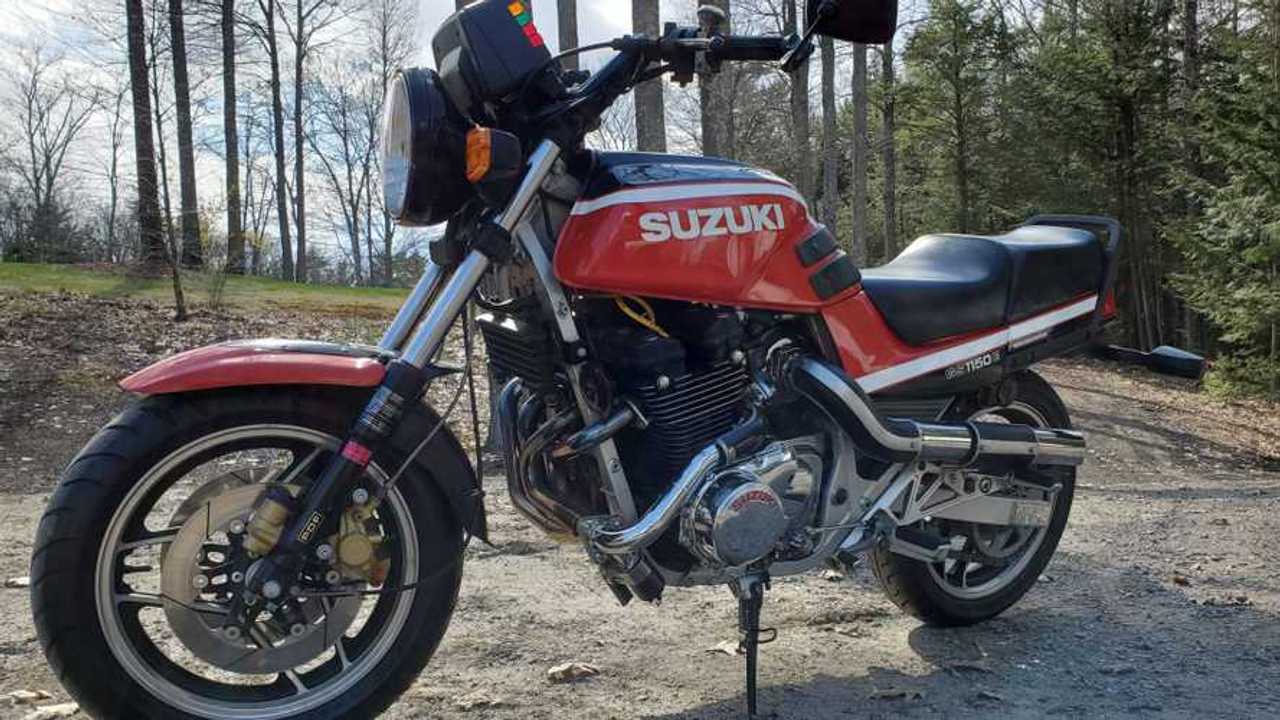 Decades after it was built, this machine still makes mad horsepower.

Would you like a Kawasaki H2, with supercharger? Yeah, we would too, but the Kawi is a lot of green, a lot more than most of us can blow on a bike. However, there are other ways to play the forced induction game—like, say, this turbocharged 1986 Suzuki GS1150E.

The GS1150E is a legend, a beast from the days when the lines between superbikes and musclebikes were a bit blurry. By the mid-80s, the GSX-R line was about to dethrone the 16-valve GS series as Suzuki’s most potent motorcycle. The 1150E was still a very powerful bike, though, with the potential for even more get-up-and-go with the right engine mods. If you wanted to put a turbocharger on a motorcycle in the 1980s, this was the bike to choose—and even today, it’s still a good choice. Air/oil-cooled Suzuki four-cylinders are still popular for DIY drag racers, because they’ll hold up to intense modification.

This machine has a Mr. Turbo kit installed by the previous owner and was supposedly serviced in 2019. The seller includes paperwork from a dyno test showing the 1135cc inline four made 178 horsepower and 141 foot-pounds of torque, a very respectable number for a motorcycle from any era. There’s a boost gauge in the cockpit, too. However, the ad does not mention if the engine internals were upgraded to handle the added horsepower (no mention whether the five-speed gearbox ever used an air shifter, for instance). The good news is, if this whole silly-powerful mess explodes under heavy usage, you can still find everything needed to rebuild this bike through the OEM and aftermarket supply chains.

Much of the running gear is period-correct (18-inch front wheel, 17-inch rear, and a Posi-Damp front fork with anti-dive and preload settings). If you want modern handling to match the horsepower, you won’t get it from the stock parts. The good news is, thanks to Suzuki’s parts bin engineering, you can mix-and-match parts from newer bikes to improve this bike’s behavior. You should be able to fit suspension and wheels from a Bandit, or maybe even a GSX-R, with little difficulty. However, nothing will change the fact that this is a dinosaur that weighs well over 500 pounds, with no ABS or modern electro-trickery.

With that in mind, this isn’t a bike for everyone. These machines were intimidating in their day, and modern bikes are easier to ride fast. If you’re OK with that, and if you want a machine that embodies the glory days of air-cooled, four-cylinder muscle, this is it.