This Turbocharged Harris F1 Would Make An Awesome Project Bike 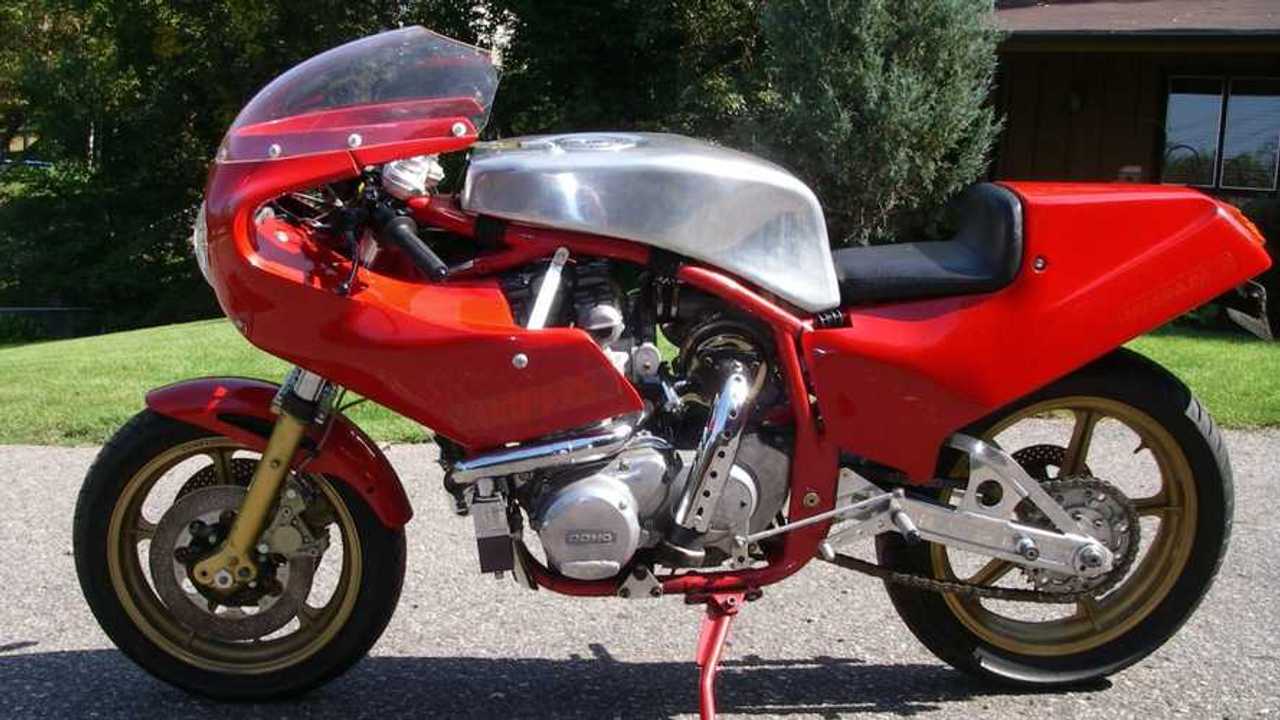 You wouldn't think this bike started life as a Kawasaki Z1.

Back in the day however, Harris Performance was all about race prepping already high performance motorcycles. Such is the case with this turbocharged Harris F1. Starting life as a 1974 Kawasaki Z1, the bike underwent a massive makeover by way of a Harris Performance F1 conversion kit in 1986. The extensive list of modifications starts with a stroked out 900cc Kawasaki inline-four bumped up to 1,015cc of displacement. If that bump in displacement isn’t enough for you, the original owner slapped on a Rajay turbocharger.

Engine aside, the bike features a Harris Performance frame, rail section, aluminum fuel tank, and a Magnum 3 fairing. All these modifications have resulted in the bike looking nothing like a stock Kawasaki Z1, but rather a bespoke racing machine built to set lap records. A set of Campagnolo wheels keeps unsprung weight in check, while Brembo brakes provide stellar stopping power. A Forcelle Italia fork paired with a WP mono-shock take care of suspension duties.

Now given the bike’s extensive list of modifications, you’re probably surprised that the current bid for this bike sits at just $5,100. Well, that’s because the bike hasn’t been run in nearly a decade. The seller has stated that the engine will definitely be in need of major servicing before it’s put back into service. This is because the bike had spent the better part of eleven years sitting on display. Nonetheless, for the more-than-capable enthusiast, this bike can be spruced back up into running condition with the proper TLC. If this bike is of interest to you, be sure to visit the original listing for more details.