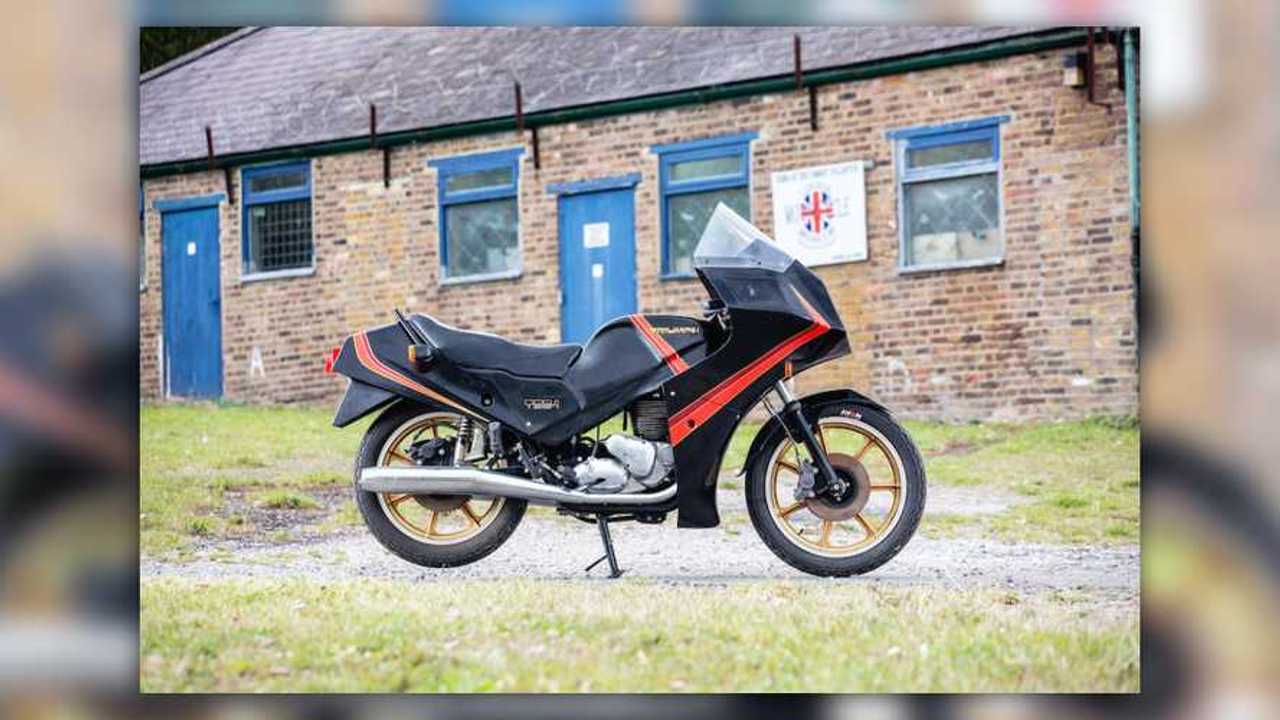 We wants it, Precious.

Have you ever wanted to feel like you were living in the Blade Runner universe but didn’t want to deal with that whole unrelenting corporate dystopia thing? We might be able to help you out. Bonhams is auctioning off a motorcycle at their Autumn Stafford Sale on October 19th, 2019, that is just dripping with brutalist ‘80s charm. This is the 1981 Triumph TS8-1 Prototype, and it’s ok if you’ve never heard of it.

The TS8-1 was Triumph’s response to the BMW R100RT and an attempt to claw back some market share from the Japanse brands. The recipe was relatively simple and was designed to require the smallest investment of new engineering and investment on Triumph’s part. They ran the same engine, gearbox, and frame that they had been using on their other motorcycles in the interest of cost savings, but added a racing-derived eight-valve head to increase performance. This is very similar to the formula that BMW had proven effective with the R100RT.

Triumph also added twin disc brakes up front, adjustable rear suspension, and alloy wheels. All of that pales to that magnificent bodywork, however. The front is a two-piece design with a Perspex windshield, and there’s even a tinted piece of Perspex set into the fairing on each side of the fairing if you look closely. That’s a beautiful touch that adds some usability without ruining the lines of the motorcycle.

The TS8-1 was initially supposed to be sold to the public, but when it was initially debuted they failed to get the required 50 orders to put the bike into production. Luckily, it was saved from the crusher by a man named Bill Crosby and was displayed in the London Motorcycle Museum for years.

It only has one mile on the odometer, which is allegedly a “push mile”, and I’ll be honest, that part makes me a little sad. I understand it’s a one of a kind piece of history, but I’m of the school of thought that vehicles are meant to be used, even if it’s just a once a year lap around town. Bonhams estimates the value to be between $10,000-$17,000 which is on the high end for a motorcycle you probably can’t ride, but on the low end for a one-off piece of British motorcycle history.