The Last Of The Strongbow Triumph Flat Trackers Goes To Auction 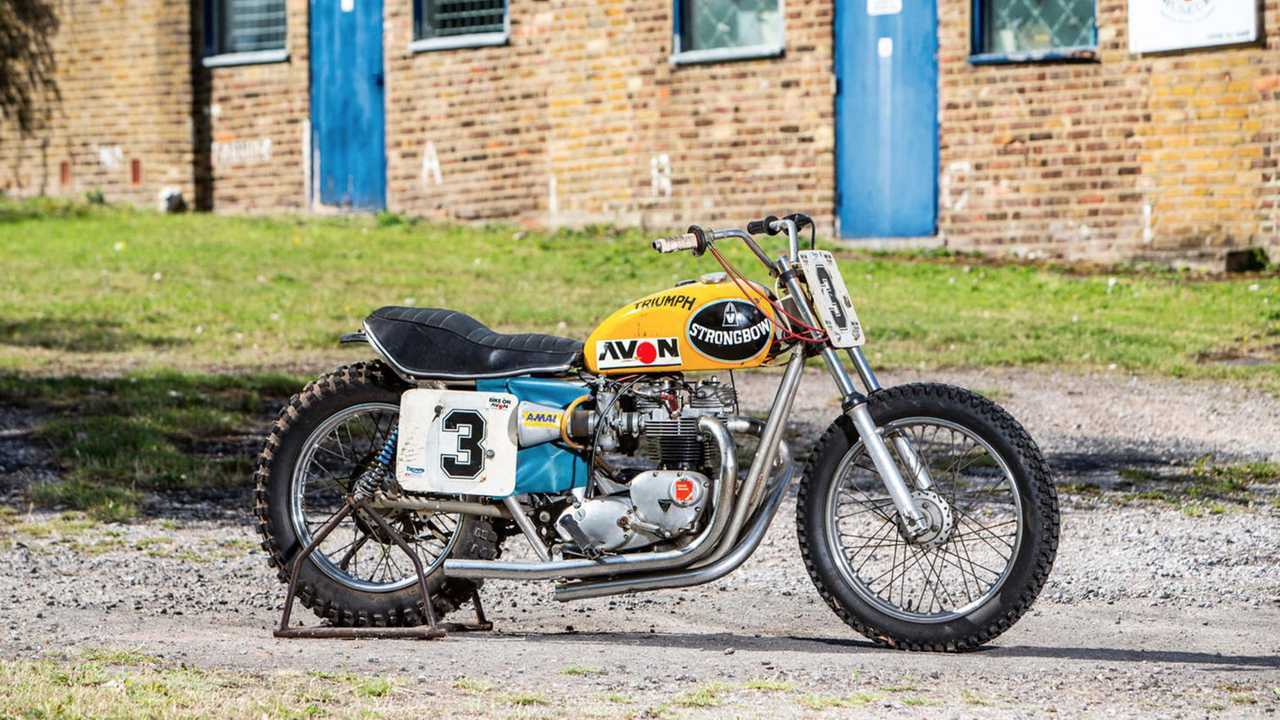 Cider and Triumph, two great tastes that taste great together?

An ultra-rare Triumph racing bike will soon be crossing the Bonhams auction block. Just six of the Strongbow Flat Tracker motorcycles were built and only one remains, making this one desirable vintage machine.

One Of A Kind Triumph TS8-1 Prototype Goes To Auction
⠀

The bikes were made in the late 1970s to compete in a promotional series for the Strongbow Cider brand. Six British riders competed in the series, each riding a matching Triumph. To make the bikes, Triumph’s engineers heavily modified a stock T140V Bonneville with high compression pistons, upgraded rear suspension parts, and larger carbs. The team installed custom headers to send the exhaust out of the right side, and a new racing seat was put in place. The engineers also deleted bits of bodywork along the way, including the headlight, mirrors, front and rear fenders, turn signals, and gauges.

The fact that there’s just one remaining example of the Triumph isn’t all that surprising when you consider that they only built six or seven to begin with. The fate of the other bikes isn’t totally clear, but there’s speculation that they were disassembled after returning to the factory. There’s no indication of why or how this example escaped its trip to the parts bin. The Bonhams auction estimate is just £8,000 (~$10,100) to £10,000 (~$12,600), which sounds low for such a rare machine until you consider the fact that the bike can only be used for race or show purposes. We’re sure there are plenty of people out there that would love to put this bike through its paces on a track, and with vintage motorcycles’ popularity boom in recent years, there will be plenty of places to show it off.