Hit it with that shrink ray!

“This looks like a prime Cycleweird candidate,” I said to myself as I scanned the listing for this gorgeous, no-reserve 1969 Honda CT90 S&K Suitcase Cycle. Unsurprisingly, I quickly found that Director Jason covered the Suitcase Cycle origin story back in 2019, and all was immediately right with the world. Or, uh, mostly right. The one question still troubling me is, who’s going to take this lovely bike home from Bring a Trailer? 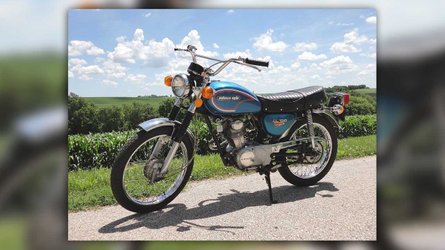 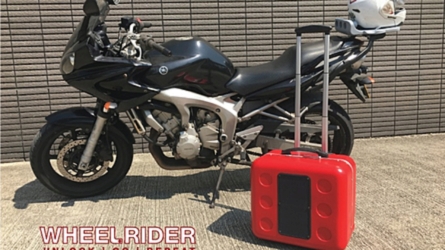 Wheelrider: A Solar Top Box That Transforms Into Wheeled Suitcase

I don’t have a pilot’s license, but I did, at one time, have a mighty need to perform several types of commute. Back then, I had a fantastic folding bicycle to help get me between the train station, my job, and home, depending on the time of day. It was a bit big and clunky, but certainly less big and clunky than a non-folding bicycle. It was probably also not as big and clunky as a Suitcase Cycle, which I didn’t even know was a thing in those days.

The idea of having an ingeniously constructed Suitcase Cycle CT90 that simply pops together and apart at a whim seems like a dream for commuting in certain circumstances. When used in light aircraft, or on boats, or even out of the back of your car, it makes a bunch of sense. Lugging it on public transit to complete your commute, as I did with my folding bicycle, would probably be completely impractical—but also hilarious to do at least once, just to watch people’s reactions.

Anyway, this particular example has 976 miles on the clock and had its tires replaced in 2014. The seller also gave it a tune-up witha new spark plug, rectifier, points, and valve adjustment. It even has a freshly rebuilt carburetor!  It comes with an excellent factory tool set inside a vinyl tool roll, as well as a bunch of S&K Cycles documentation for the suitcase cycle conversion. At some point, the seller also replaced the chrome exhaust and installed a US Forest Service-approved spark arrestor.

There’s no reserve on this gorgeous, odd little suitcase cycle, and the auction ends on Monday, January 27. Current bid is up to $1,400, and it’s located in Oregon. So, if you’re in the Pacific Northwest and you need some reliable airport transportation, this might be the bike for you.