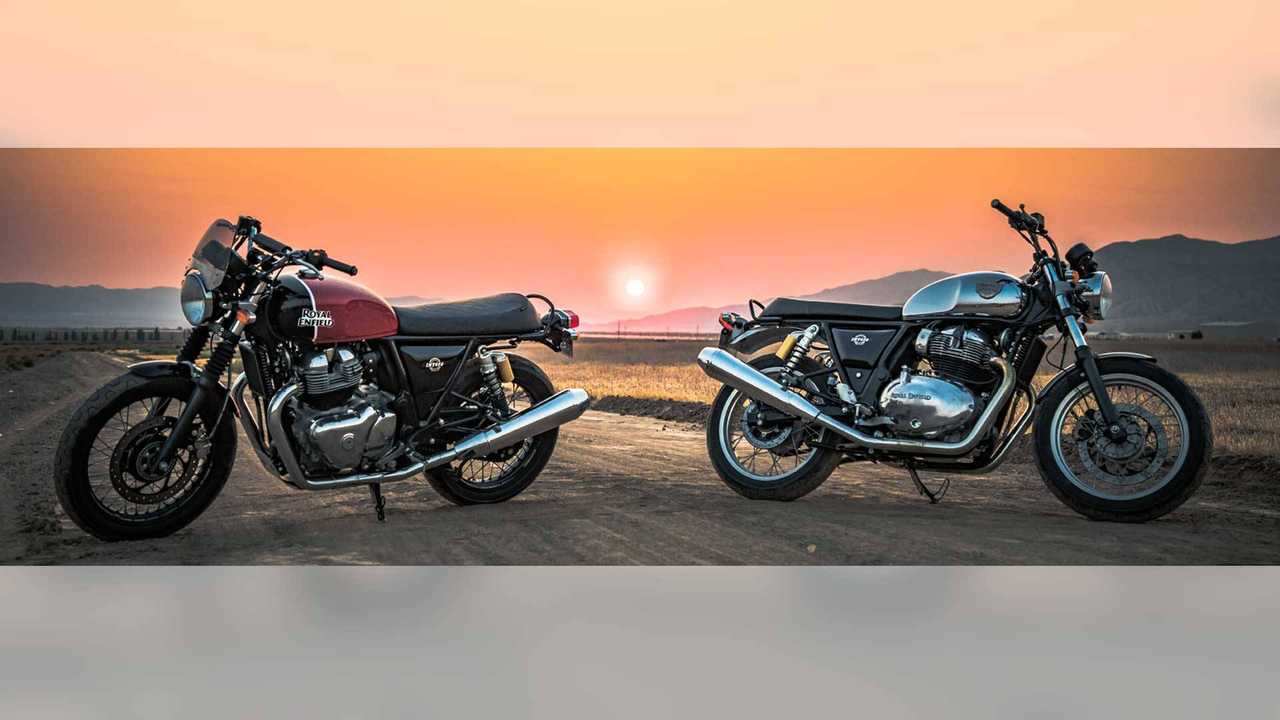 The Twins are in town.

The current trend for all things vintage is serving Royal Enfield well. With its affordable and delightfully retro models, the brand has been a champion at surfing the wave and showing off what 80 years of motorcycle making can do. Last year, the company introduced the Himalayan, its personal take on the adventure bike. For 2019, the manufacturer went with a little something entirely new though a little déjà vu. Here’s everything we know about Royal Enfield’s 650 Twins.

New Additions To The Royal Family:

In November 2018, Royal Enfield showed the Twins for the first time, the INT 650 (or Interceptor 650 on the global market) and the Continental GT 650. The twin moniker befits the two middle-range models not only because both are built on the exact same platform, but also because they both run on Enfield’s new 648cc parallel twin mill rated at 47 horsepower.

The introduction of the new engine also marked an important milestone for the brand: the return of the double cylinder block in the lineup after a 50-year absence. In addition to that, the 650s also become the biggest displacement available in the maker’s current lineup. The maker explains that the engine has been developed in order to provide optimized torque at a wide range of revolutions. The twin mill is teamed with a six-speed transmission and power is sent at the back via a transmission chain.

The frame of the Interceptor and Continental is the work of RE’s UK research center, developed in collaboration with Harris Performance. The underlying chassis uses a tubular steel, dual cradle frame. While the two models are virtually the same, there are very subtle differences in their dimension to best serve the styling they promote.

The INT 650 is a representation how Royal Enfield does scramblers while the Continental GT 650 adopts a classic café racer silhouette. For that reason, the wheelbase on the INT is longer than the GT’s by 2 mm, reaching 1,400 mm, while the seat is higher by 7 mm at 804 mm. The scrambler will also get you further with its 13.7-liter tank, versus 12.5 on the GT. This makes the scrambler twin heavier by close to 9 lb, tipping the scale at 445 lb dry, giving the Interceptor a slightly more muscular presence than its leaner, sportier brother.

The two models are mounted on 41mm fork and a set of twin coil-over shocks. Braking power is provided by twin-piston ByBre (By Brembo) calipers paired with a 320mm disc at the front and a 240mm disc at the back, with ABS of course. The Twins are mounted on 18-inch spoke wheels fitted with Pirelli Phantom Sportcomp tires.