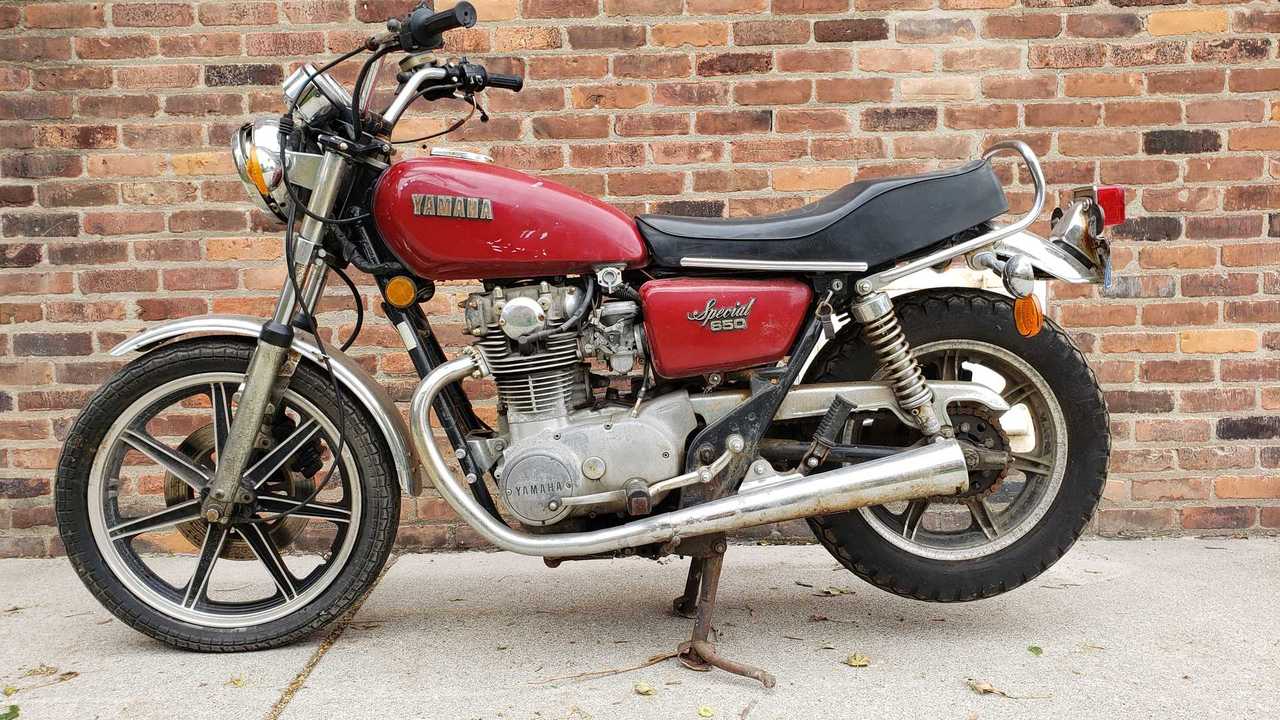 That's a nice collection right there.

Whether the motorcycle(s) you own is running or not, is brand-new or not, or is the bike you've always dreamed of or not, as owners, we're all proud of our babies. That's why as a collective, we like to get together to brag about our rides, share pictures, and show them off.

The RideApart team is no exception—as much as we like talking about bikes in general, we also like to talk about the ones we actually own. Everyone on the team recently shared their bike(s) and their stories with you to give you an idea of the rides we're rocking at the moment. To keep track of it all, here's a little roundup of everyone's bikes.

The Team Has Spoken:

Oh, did we mention that Jason has a motorcycle hoarding problem? He calls it "Small Bike Rescue" to justify it because it sounds cute and righteous, but really, he just likes to collect bikes. We see you, Jason.

"So, true story—I have a lot of bikes. Not, like, a lot a lot, but enough of them to make a pretty respectable stable. My kink, if you want to call it that, is old Japanese iron—the smaller and weirder the better. Over the 20-odd years I've been into bikes I've had my share of weird ones, everything from one-year-only Yamaha two-strokes to long-forgotten Bridgestones. While my current stable is more conventional—I have some bikes you actually may have heard of now—it's still heavily Japanese. With a few exceptions, of course."

Meet Janaki's forever bike—a bright red Honda. Lucky for her, it already was in good shape when she bought it used—all she's had to do is add a few custom elements to make her own. Is this love?

"If you could measure bike happiness in smiles, this bike would be at the top of the list. It still makes me grin like a maniac inside my helmet every single time I ride it, and I can’t wait until I can go eat up the miles on some quality roads with it again."

Dustin is both one of the youngest members of the RideApart (in competition with Enrico) and is also the only one who owns a Harley-Davidson. Harley doesn't need better marketing, it needs more people like Dustin. A Millenial on a Harley, who would have thought!

"I’m the only RideApart team member that currently owns and rides a Harley. Though many of my colleagues don’t share the same brand affinity as me, I’m equally as critical of the company. As a city-dwelling Millennial, I’m the demographic that the Motor Company is trying so hard (and often failing) to attract, but as a writer, I’m also exposed to Harley’s increasing competition and decreasing market share."

From a weird Honda tourer to Swiss army knife bike—Justin is keeping things interesting to say the least. In the Summer of 2019, Justin traded his Pacific Coast for a KLR and decided to learn to off-road on it. It didn't always end very well but now he has cool stories to tell.

"Last year I sold it and picked up one of the more common motorcycles out there, a 2005 Kawasaki KLR 650. If you've read my Riding Dirty series, you know that this is my first dual-sport motorcycle and that it's already seen more than its share of dirt adventures, both good and bad. Taking a closer look at the bike itself will explain why I snatched it off Craigslist when I did, even though I wasn't actively shopping right then. It was the right bike at the right time."

Living in the Philippines has its advantages. Not only does Enrico owns more than one bike, he also gets to ride them everywhere, everyday. As badass as the baby Duke is, it can also be finicky to deal with but Enrico doesn't seem to mind terribly.

"I'd liken the KTM 390 Duke to a star athlete with asthma. It’s fast, agile, strong, and good looking–but requires a little extra TLC to ensure it keeps performing at its best. Hey, nothing's perfect, right?"

Just like Dustin is the only RA team member to own a Harley, I'm the only team member whose bike isn't running. It's a small price to pay to learn how it all works and to ultimately get a kickass little soldier, but it also turns the answer to the question "what bike do you have" into a longer story.

"In August 2019, I found a bright orange 1979 Honda CX500C that I introduced to you guys as “Project Zonnig”. I didn’t choose the bike as much as it chose me, I think. My first thought when I saw the ad for it was “it’s not in too bad a shape and it’s cheap—I can work with that”. I didn’t know much about CXs and their reputation, and unlike other bidders trying to sway the owner with more money than he asked for, I wanted the bike for the challenge, not for the bike itself. Then I met Dana—the (former) owner’s daughter—and she told me her dad’s story and this bike’s story and that's when I truly fell in love with my CX."

Now it's your turn to tell us what's in your garage! This is the time to brag about your ride. Share your bike in the comments, we want to see what you guys have.