The Mini Gixxer you never knew you wanted.

Mini-bikes don’t get much respect in the U.S. When you’re used to straddling a 1,800cc, ahem, 110 cubic-inch hunk of Americana, an eighth-liter bike can look more like a Kiddie toy than a “real” motorcycle. The North American market reflects that disrespect with only the Grom, Z125 Pro, Monkey, and a handful of China-made models for sale, whereas Europe and Asia enjoy a wealth of small bike options.

Despite the lack of reverence, mini-motos can be great learning tools and even qualify as formidable track weapons. In the right hands, a mini-bike can blow by many of those “big bike” riders on kart tracks or tight and twisty canyons (I should know, it’s happened to me). Realizing the platform’s potential, Suzuki released the RB50 GAG in 1986. Thanks to the Gixxer-inspired styling, proportions, and liveries, many refer to the model as the mini-Gixxer and it even received the GSX-R50 badge in England.

Along with the styling, Suzuki extended the GSX-R DNA into the rest of the RB50’s development. Unlike most mini-bikes with tubular steel frames, the Hamamatsu engineers created an aluminum box frame and full-floater aluminum swingarm for the mini-sportbike. The four-stroke, air-cooled 49cc single produced 5.2 horsepower, and while that isn’t a mind-blowing figure by any measure, it’s more than enough for a bike weighing in at 141 pounds. Clip-on handlebars and a front disc brake only clarified the RB50’s performance aspirations—even if they’re only pint-sized.

Whether you’re adding to your collection or looking for a new tool for the track, the RB50 GAG is a great example of why we should all respect mini-bikes.

Who You Callin' Little? 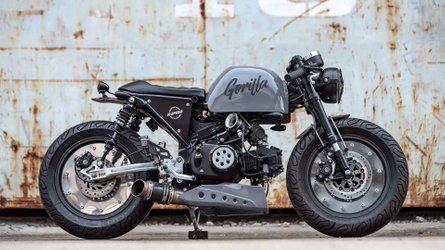 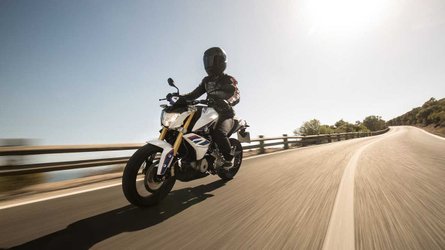