Buy The Pope's Harley And Ride In Holy Style 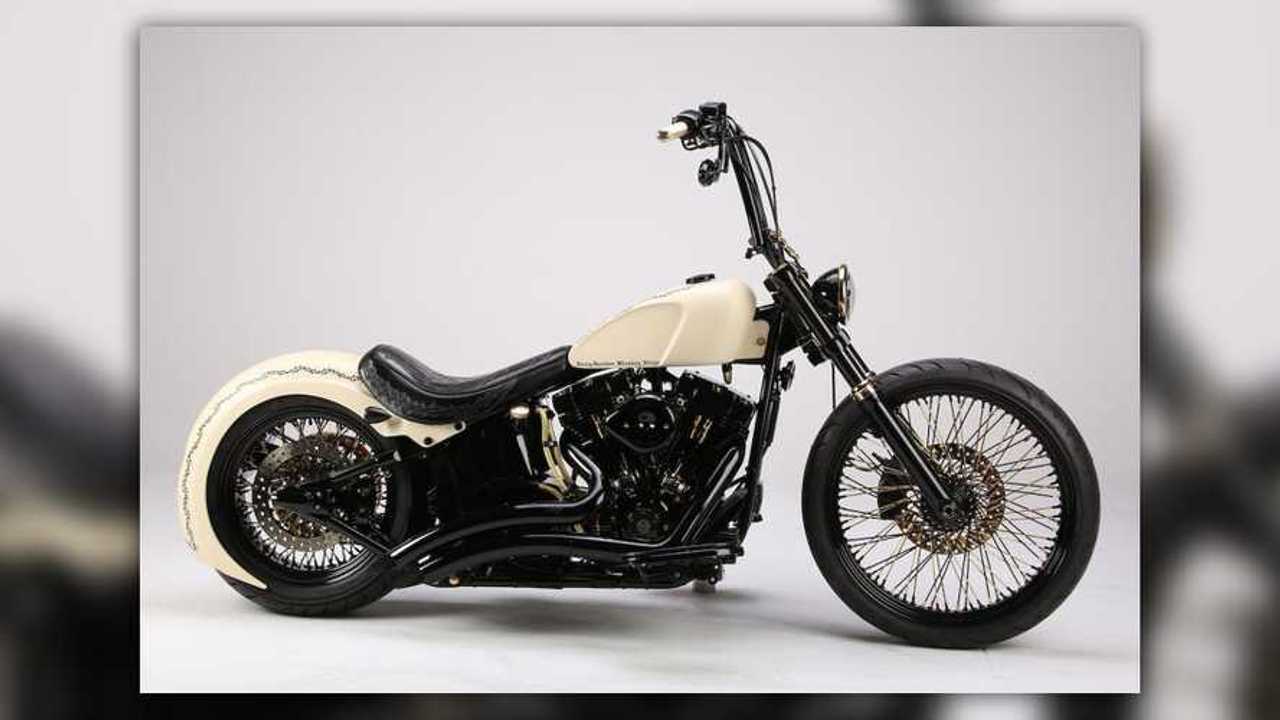 Comes with documentation, ten indulgences, and a dispensation of your choice!

There’s certainly no shortage of customized Harley-Davidsons in the world, but this one might take the cake. The “Pope Bike”, also known as “White Unique” goes up for auction at the Bonhams Autumn Stafford Sale on October 20th, 2019. To clarify, this was not the personal hog of his Holiness, so there haven’t been any sacred burnouts done or anything.

White Unique is a heavily customized 2016 Harley Davidson built by the Jesus Bikers and Würzburg Village. Würzburg Village is a Harley dealership out of Bavaria who also supplied the motorcycle. As the White Unique name indicates, the bike is finished in a beautiful white pearlescent paint and is burnished with many religious adornments. There are gold-plated trim pieces, a crown of thorns motif that wraps from the tank all the way to the rear fender, a Chi-Rho symbol embossed into the leather seat, and even a golden cross right above the headlight. The icing on the cake is Pope Francis’s signature on the top of the gas tank, along with his blessing.

The motorcycle was delivered to the Pope in St. Peter’s Square on July 7th, 2019, by the Jesus Bikers and Würzburg Village. So, if Francis had wanted to, he could have definitely gotten in a few solid months worth of riding before auctioning it off. The bike is very inconspicuous, as long as he wore a full-face helmet, nobody would even know it was him.

Bonhams estimates that the motorcycle will sell for between $61,000 to $120,000. This is actually the newest in a line of vehicles donated to the Papacy that have then been auctioned off to raise money for charity. Money from this auction will be used to benefit the Pontifical Mission Societies, who plan to build an orphanage and a school in Uganda for abandoned and deprived children.