Who wants a super clean, original, low-mile 1974 Yamaha RD200A? If you’re waving your arms up and down wildly and shouting “me! Oh, pick meeeee!” as you read this, then you’re definitely going to want to check out this absolute gem that’s up for auction.

This adorable little smoker comes in a beautiful early ‘70s Yamaha blue and is powered by a 195cc, two-stroke, parallel twin engine. Amazingly for this time, the 200A has an electric start in addition to the kick-start found on every other version of this bike. Recent service includes new battery, new spark plugs, transmission oil change, two-stroke oil-tank refilling, and drive chain lubrication. 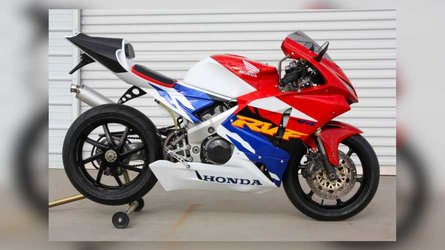 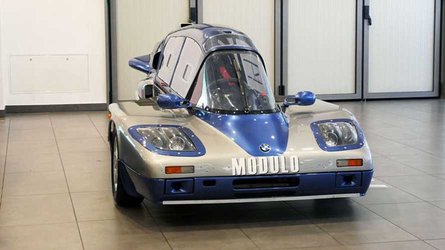 This bike has had three owners since it was new, and comes with the original owner's manual, tool kit, registration card holder, and original bill of sale! It cost $1,005 when new, and you’ll have the paperwork to prove it. It also comes with a clean, up-to-date Idaho title in the seller’s name, and there are only 3,300 miles on the clock, with 250 of those having been put on since purchase by the seller.

While it’s a well-kept, original, honest bike from 1974, since it’s been ridden, it’s not perfect. The seller says there’s a ding in the left side of the fuel tank, as well as one in the right exhaust pipe. The foot peg rubber on the passenger pegs isn’t in great shape, either. Then again, it’d be some kind of scientific miracle if rubber from 1974 was somehow in fantastic shape, so that’s pretty well expected if you give it even a moment’s thought.

Speaking of old rubber, the seller notes that the tires are older, but doesn’t give specifics. It’s not a negative, but it’s something you may want to pay attention to if you’re hoping to win this auction. When new, this engine produced around 20 horsepower, and was capable of a top speed of 84 mph. This bike is up for auction on Bring A Trailer, and ends on June 5, 2020. At the time of writing, bidding is up to $2,000, and it’s located in Saint Maries, Idaho.