The New Bikes We Know Are Coming In January 2021

We thought the fall was a busy season for the motorcycle industry but with everyone shifting over to virtual events and launches, there’s no need to wait for the big shows to debut a bike anymore. Bike makers wasted no time jumping back on the launch wagon as soon as 2021 rolled up.

Piaggio has notably been busy since the beginning of the year. In only a few weeks, the Italian group introduced the new Tuono 660 and buffed up RSV4 and Tuono V4 in the Aprilia portfolio as well as the updated V85 TT and V9 under the Moto Guzzi banner. We’re only halfway through the month and there’s a lot still to come so we decided to have a look at all those new bikes we know are coming in January 2021 (or what’s left of it).

KTM scheduled a premiere for January 19 for the launch of the KTM 890 Duke. A little while back we commented on KTM’s weird decision to introduce the top-of-the-line 890 Adventure R and R Rally separately and ahead of the entry-level trim level.

Considering Team Orange launched the 890 Duke R early in 2020, the late decision to launch the 890 Duke (without the R) now feels like yet another move going against the grain.

The absence of the R suggests that the bike is a new entry-level, potentially even detuned version of the 890 hypernaked likely meant as a beginner-friendly option for the European market, similar to the A2-compliant 790 Duke L.

We thought Kawasaki’s big moment would be the introduction of its final lineup on November 23, 2020. However, the unveiling was one model short with only five bikes in the expected new lineup of six. Instead, the maker confirmed it would add not one but two more bikes on January 26, 2021.

According to the teaser video, the two upcoming bikes are off-road-oriented. However, the trail-to-road footage used in the clip suggests that one of the bikes leans toward the dual-sport end of the spectrum. This is the bike people suspect could be the long-awaited KLR 650 replacement.

Whether we’re getting a direct descendant or something altogether new, the suspect dual-sport bike will be a welcome addition to the lineup. Kawasaki is in dire need of a proper mid-size adventure or dual-sport model—a segment that is currently thriving and that Team Green is conspicuously absent from.

Also Coming Some Time This Year: 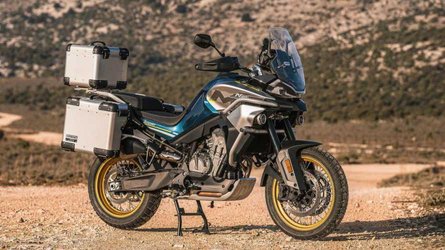 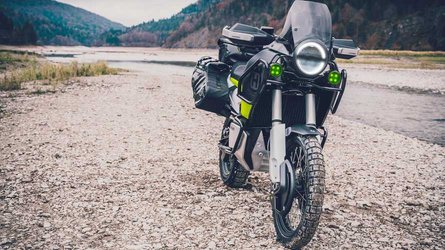 Sounds like January is going to be a busy month for KTM. In addition to the new base 890 Duke, the Austrian maker also teased the introduction of a new bike on January 26.

While the teaser image showcased on its European websites with the quote “The World Gets Smaller” doesn’t reveal much in the way of clues, we have an idea of the bike KTM could be about to introduce. We suspect that the incoming bike is going to be the new 1290 Super Adventure equipped with radar cruise control. That’s at least the direction recent leaks and spy shots seem to point to.

A teaser video shared by several publications also hints at the addition of the suspected 1290 Super Duke RR to the lineup—a new hypernaked flagship that showed up in German emissions documents, as reported by Motorcycle.com.

Based on the limited information revealed by the filings, the RR is expected to have the same engine and output as the R. Motorcycle.com suggests that the second R could instead mean a higher-specced bike. The track-oriented teaser clip is consistent with that theory.

Triumph decided not to play the guessing game for its first launch of 2021. Though it did announce the January 26 launch with a teaser, the House of Hinckley didn't leave it up to us to figure out what bike was coming. It already confirmed that we're going to meet the new Speed Triple 1200 RS.

This isn’t much of a surprise as spy shots of a Speed Triple test mule armed with what we suspected was a bigger engine surfaced earlier in 2020. It was only a matter of time before the bike showed up.

At the time, the engine’s displacement was expected to increase to 1,160cc from 1,050, which could still be the case as Triumph is no stranger to rounding displacement numbers out for its naming conventions.

Over the past few weeks, there have been several spottings of a seemingly updated Royal Enfield Himalayan. The updates include a minor redesign of the bike’s fuel tank braces to leave more legroom for taller riders as well as the addition of Enfield’s new Tripper GPS.

While most reports agree that the updated adventure is coming early in 2021, some go as far as to suggest that it could launch as early as this month. Not everyone agrees with that assumption, however. Sites such as Times Now stated that the chances of seeing the new Himalayan debut in January are slim.