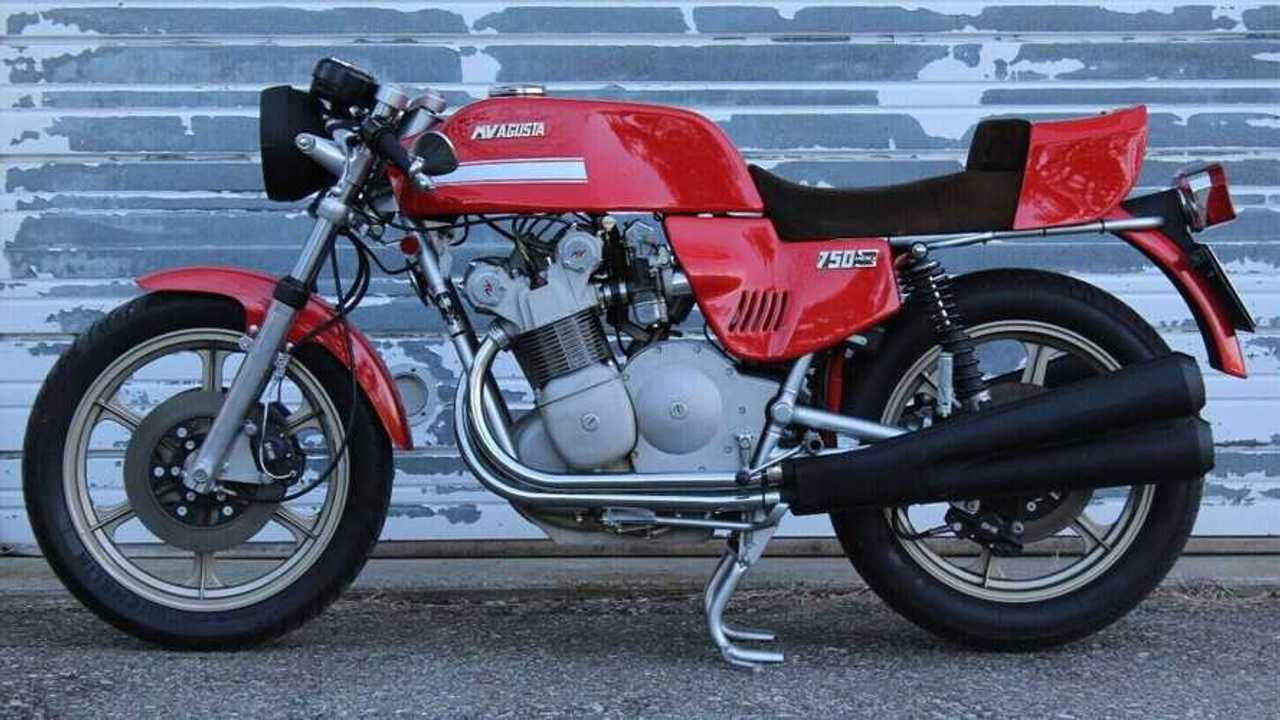 The factory built less than 50 of these hot-rod street bikes.

It’s because the 850SS is one of the most-respected Italian motorcycles ever made. Since the 1950s, the company had been building powerful engines and slick-handling chassis, but by the 1970s, MV Agusta was declining, coming to the ends of decades of racing success. Count Domenico Agusta, the company’s founder, died in 1971, and the company seemed to lack direction after that.

However, there were still plenty of people at the factory who knew how to build fast, agile motorcycles, and they cooked up the 750S America model. Those are rare machines, with only 500 made; less than 50 of those machines (maybe as few as 19) were converted into 850SS models.

So, what’s the difference between an 750S and an 850SS? There’s a full run-down on the conversion process on the eBay ad, but here’s a quick summary. The air-cooled four-cylinder engine was punched out to 837cc. There’s a set of EPM cast alloy wheels, with disc brakes and Brembo calipers, and the engine inhales through a set of 26mm Dell’Orto carburetors. The Italian factory did this work, then shipped the bike back out for sale in the U.S. There aren’t many stories of these bikes on the road, but they were supposed to be on par with the greatest Japanese superbikes of their time (which can be had for much less money, it’s worth noting).

The seller has a New York title for the bike, and all sorts of other paperwork to provide a proper history. It’s a rare machine, and $100k is a lot of money. However, the prices for vintage motorcycles have climbed rapidly in recent years, and the seller just might get the six-figure asking price for a bike this unusual. Otherwise, there’s always the “Make An Offer” button.