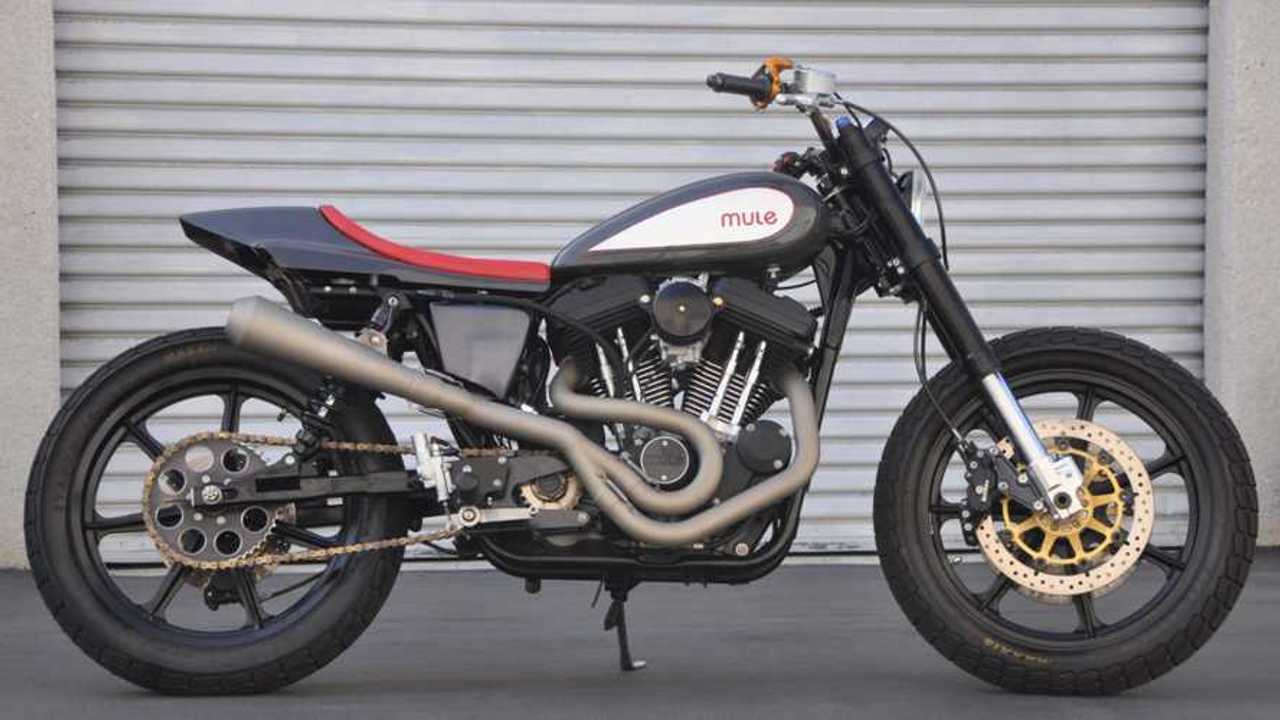 The heart of a Harley-Davidson Sportster, but modified for speed.

Want a high-performance street tracker, but can’t afford an Indian FTR1200? Head over to Bring a Trailer, and place a bid on this customized 2000 Harley-Davidson Sportster. Built by Richard Pollock’s Mule Motorcycles, it’s a good-looking machine, and just as importantly, it’s been built for speed.

Mule Motorcycles might not have a show on the Discovery Channel, but Pollock’s creations have long been respected as the finest street tracker builds by industry insiders. Mule’s customs have been in magazines on and off over the years, leaving writers at outfits like BikeEXIF and Cycle World awed at the quality and attention to detail in these machines.

What Else Can You Do With A Sportster?

This particular Sportster, customized in 2010, was likely chosen over a newer model thanks to its (relatively) lighter weight and carbureted engine. Aside from the Mikuni carb, which you can clearly see, there doesn’t seem to be too much work done to the engine itself. The ad doesn’t mention any top-end mods to the engine, just a Storz shift kit and ceramic-coated two-into-one exhaust. Don’t expect a massive boost over the stock horsepower, which would have been in the 55-60 horsepower range.

This tracker is far lighter than a standard Sportster as well. Mule deleted the fenders and replaced the Sportster’s stock bodywork with a trim tank and a race-style seat and tail section. The minimalist light assemblies are much trimmer than the stock units, too.

The seller doesn't know the bike’s total mileage, but the Motogadget gauge has under 1,000 miles on the odometer. It’s an EVO Sportster, though, so this V-twin can easily be rebuilt or refreshed if something wears out.

All in all, that’s a lot of serious upgrade work, and it’s a mean-looking machine. Although this Sportster custom lacks the electro-trickery of Indian’s current factory street tracker model, it’s certainly got more swagger. At this point, the highest bid is well below the FTR1200’s $11,499 MSRP, too. If you can live without ABS and EFI, this machine is worth a look.