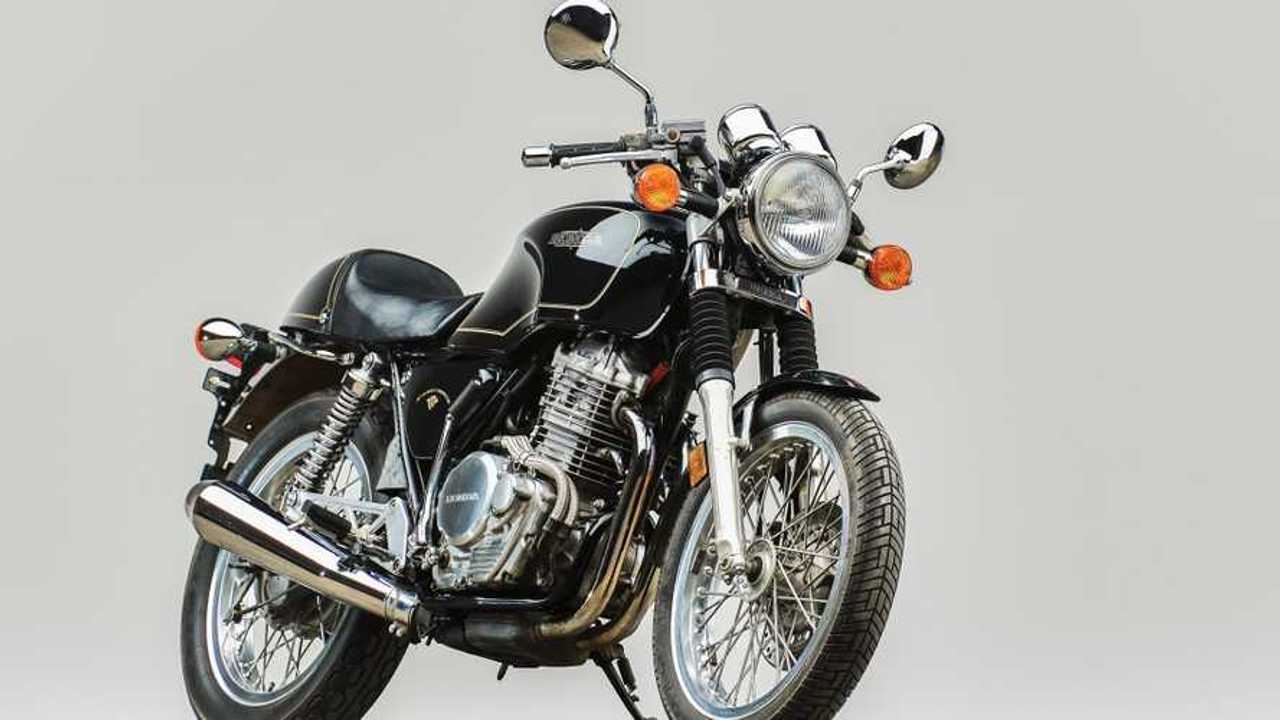 A modern classic, but too early.

As a motorcycle company, Honda has great ideas, like the GB500—although sometimes, it brings them to market a little too early. Remember the DN-01, or the Vultus? They’d fit in well with today’s crop of cyberpunk-inspired bikes, but were definitely not well-received in their time.

Honda’s GB500 café racer is another good example of another great Team Red idea that was ahead of its time. It was one of the first modern retro machines, built with throwback styling and contemporary mechanical bits. It was also a very short-lived model in the U.S. market, and this bike on Bring a Trailer is a rare opportunity to buy one.

When it built the GB500, Honda started by raiding the parts bin. The air-cooled, 498cc, single-cylinder engine with its DOHC/four-valve RFVC head, was lifted from the XL600R dual-sport, and sleeved down for the GB500. Wait, why did Honda take the muscle out of this engine, right from the get-go? Probably to try to recapture some of the mystique of the 500cc single-cylinder Brit bikes that had been so dominant in the post-World War II era, especially at the Isle of Man TT. It’s too bad, because the limited output (33 horsepower, supposedly) was probably part of the bike’s lack of popularity.

When the GB hit U.S. shores in 1988 (versions had been sold in various markets since 1985), journos had to admit the engine was indeed pretty good, and so was the handling. The wire wheels, the clubman-style bars, the fork gaiters, the bum-stop seat—everything more-or-less looked right, too, at least from a distance. In the late ‘80s, though, the enthusiasts who loved and owned the original Brit machines still remembered their glory days of trying to kickstart an unwilling Gold Star. They just didn’t think the upstart Honda was a proper substitute. Nice bike and all, but not a BSA.

When Peter Egan rode the GB500 in the late ‘80s, he speculated the machine would go on to achieve some measure of respectability, but would never achieve the same cachet as a proper made-in-the-U.K. motorcycle. Three decades later, this bike on Bring a Trailer seems to be disproving that, as it’s likely going to sell for more than the original $4,200 USD MSRP.

The ad says this bike had an oil change and carb cleaning before it was put up for sale, and has just over 4,000 miles on the odometer. It was supposedly part of a collection, which would explain the low mileage. There’s no video of the bike running, but if you have questions about mechanical condition, no doubt the seller would be happy to answer anything.