There’s something about classic Hondas in particular that always seems to catch my fancy. I, personally, have a soft spot for the CB360, since my father had one several years ago. It can be argued that the sixties and seventies were the years in which Honda really pushed the envelope in terms of design and engineering. Of course, the late sixties saw the birth of the venerable CB750, one of the first truly mainstream in-line four motorcycles. This went on to define what a Japanese superbike would become to this day. The CB360T, despite being rather commonplace, undoubtedly offers a slice of Honda engineering during the early days of Japanese motorcycles. 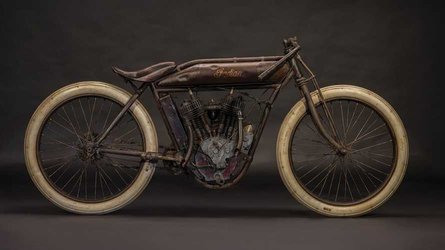 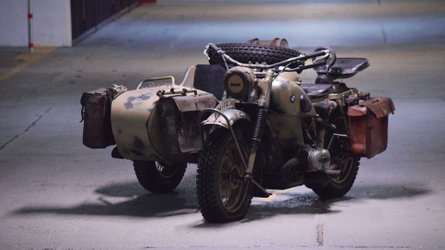 The Honda CB360T was a popular motorcycle produced from 1974 to 1976. It served as a unique alternative to the then-popular CB350F and CB400F which both had four-cylinder engines. The CB360T was equipped with a 356cc parallel-twin, meaning it had a broader torque range and proved to be a more capable all-rounder than its four-cylinder siblings. Producing 34 horsepower, this bike proves to be rather docile, but with enough grunt to propel you confidently on the interstate. This mated with a six-speed gearbox, allow the bike to reach a top speed of a little over 100 miles per hour.

This brings us to a listing for a 1976 Honda CB360T we came across on Bring A Trailer. Finished in Light Ruby Red, this particular unit comes with black and white tank graphics and looks to be in particularly good shape. As this is the T model, it comes with a single hydraulic disc brake up front, a banana seat, and chrome fenders. The previous owner took the liberty of installing a twin megaphone exhaust system, which will undoubtedly give more life to the rather docile twin.

This no-reserve listing claims that this particular bike was acquired by the current seller in late 2019, from its second owner. Maintenance-wise, the bike has a new battery, tires, ignition points, throttle cables, and grips. Additionally, cam chain and valve adjustment service were recently done. The carburetors have also been cleaned and the oil has been recently replaced. There is probably a slew of other new parts on this bike, as most bikes of this age and mileage have probably seen several repairs in order to remain roadworthy. The bike has a clean Wisconsin title.

For the sake of nitpicking (and so you, as a potential buyer really do know what you’re buying), there are small blemishes on the fork--particularly on the lowers. Also, the grips and rearview mirrors are replica parts, but do the total build justice nonetheless. A 110 mile per hour speedometer, a 9,200 RPM tachometer, and an odometer showing less than 6,000 miles are all you get in terms of gauges and instruments—pretty common fair for a mid-market motorcycle of this era.