This Hesketh Vortan Is The Only One Ever Built

Bespoke British engineering, straight out of 1989.

In November, 2020, Justin told you all about the Hesketh Vampire. As the story went, F1 privateer team owner Lord Hesketh was on a mission to save the British motorcycle industry in the late ‘70s. He contracted the expert builders at Weslake to create a brand new, 1,000cc DOHC V-twin that would be used as a stressed member to save weight in the overall bike design.

It was a good start, but unfortunately, Hesketh didn’t stick the landing with the V1000. A combination of high price and botched reliability quickly brought the company to a screeching halt and an ignominious bankruptcy shortly afterward. It was left to former Hesketh engineer Mick Broom to take up the mantle and right the wrongs—engineering-wise, anyway.

With his business, Broom Development Engineering, the man did exactly that. He also invited owners of the faulty Heskeths to send their engines back to him to be improved upon. Using all his knowledge and experience, Broom also started to develop a more refined and sophisticated Hesketh of his own.

This design was the 1989 Hesketh Vortan. It took that original engine and reworked it, increasing capacity to 1,100cc via a longer stroke. It retained the double-overhead cams and four-valve heads, along with the electronic ignition and five-speed gearbox of the original Hesketh engine. However, this revised version changed to a steel crankshaft, as well as different cams, cylinder heads, and ignition.

Likewise, the Vortan’s frame was a brand-new alloy perimeter design, and other components also had a serious upgrade. Suspension shifted to a Marzocchi front fork up front, with a hydraulic rear suspension that used a gas spring in the rear. Lockheed Racing front brakes and a Brembo rear brake offered ample stopping power, and Marvic magnesium wheels completed the package.

This Vortan was originally planned to be one of a limited run of 14 ever made. Only eight were pre-sold, which resulted in Broom only ever building this single prototype that you now see before you. It’s scheduled to cross the Bonhams auction block on December 11, 2020, where it’s expected to fetch between £12,000 and £15,000, or about $16,000 to $20,000.

Broom is behind the sale, and told Bonhams that every single part used in this bike is new, and that it’s never been run. In fact, some parts are missing, and Broom will provide the winner a detailed list of what needs to be obtained and performed in order to get it running. If you’re interested, you can view the full listing here. 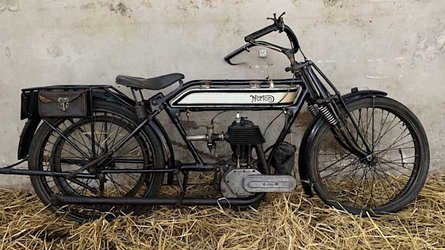 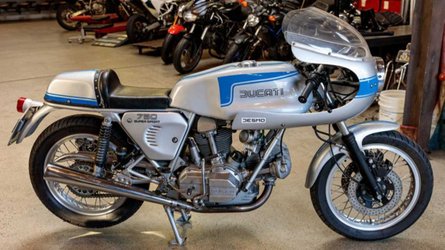